Outline of the facilities 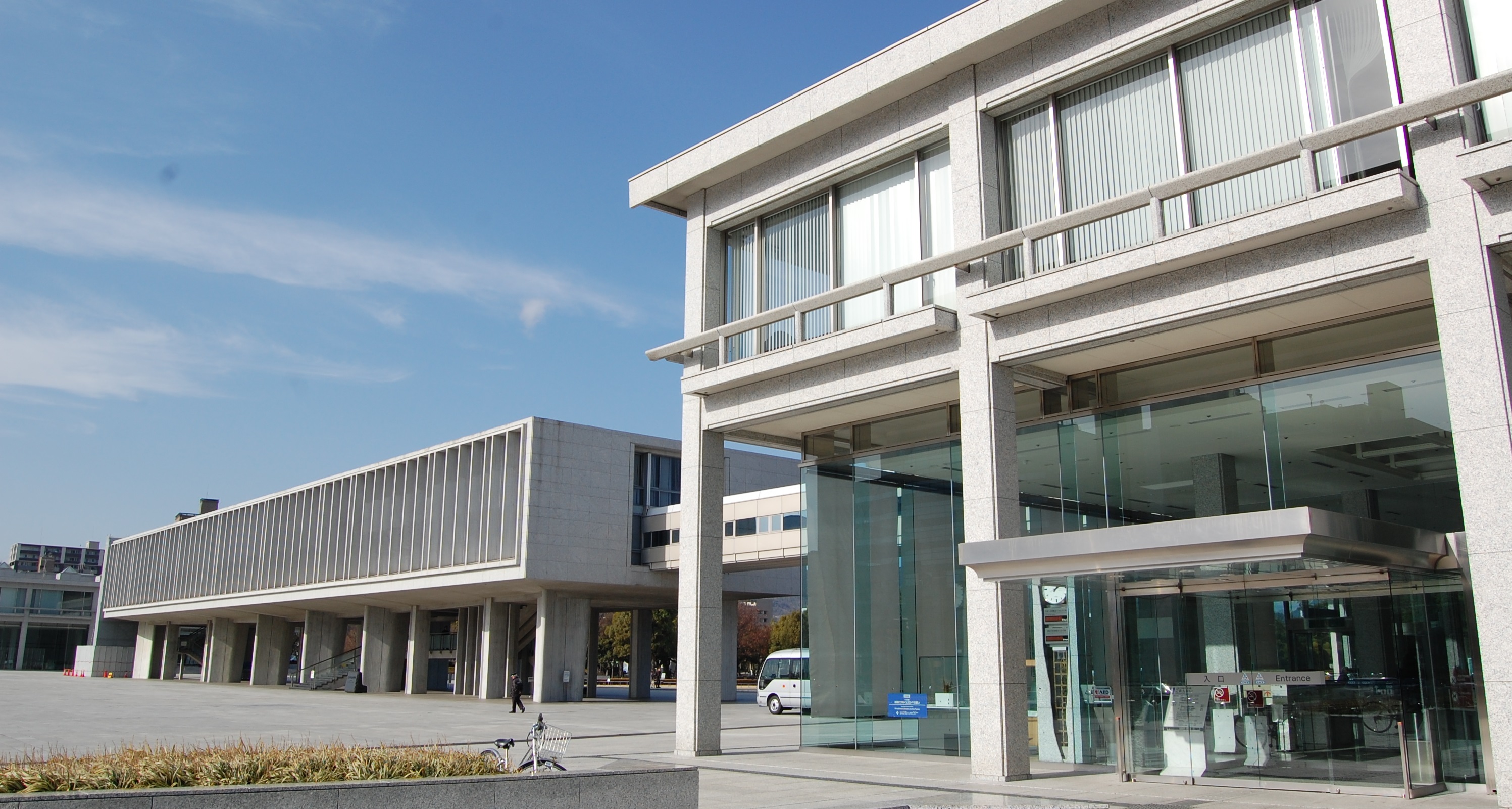 exhibition rooms, and a gallery.

Significance of the Main Building

On July 5, 2006, the Main Building was designated as the first national important cultural properties among the architectural buildings which were constructed after World War II. The Main Building designed by Kenzo Tange became the first post-war architectural structure which was highly appraised internationally. It is also recognized as a starting point of Tange’s career.

It comprises exhibition rooms, a video theater, a memorial hall, meeting rooms, a library, storage rooms, offices, and a lobby as well as a resting room, Museum Shop, and other facilities, which are also open to visitors to the Peace Memorial Park. (To view the floor map, click here.)

Significance of the East Building