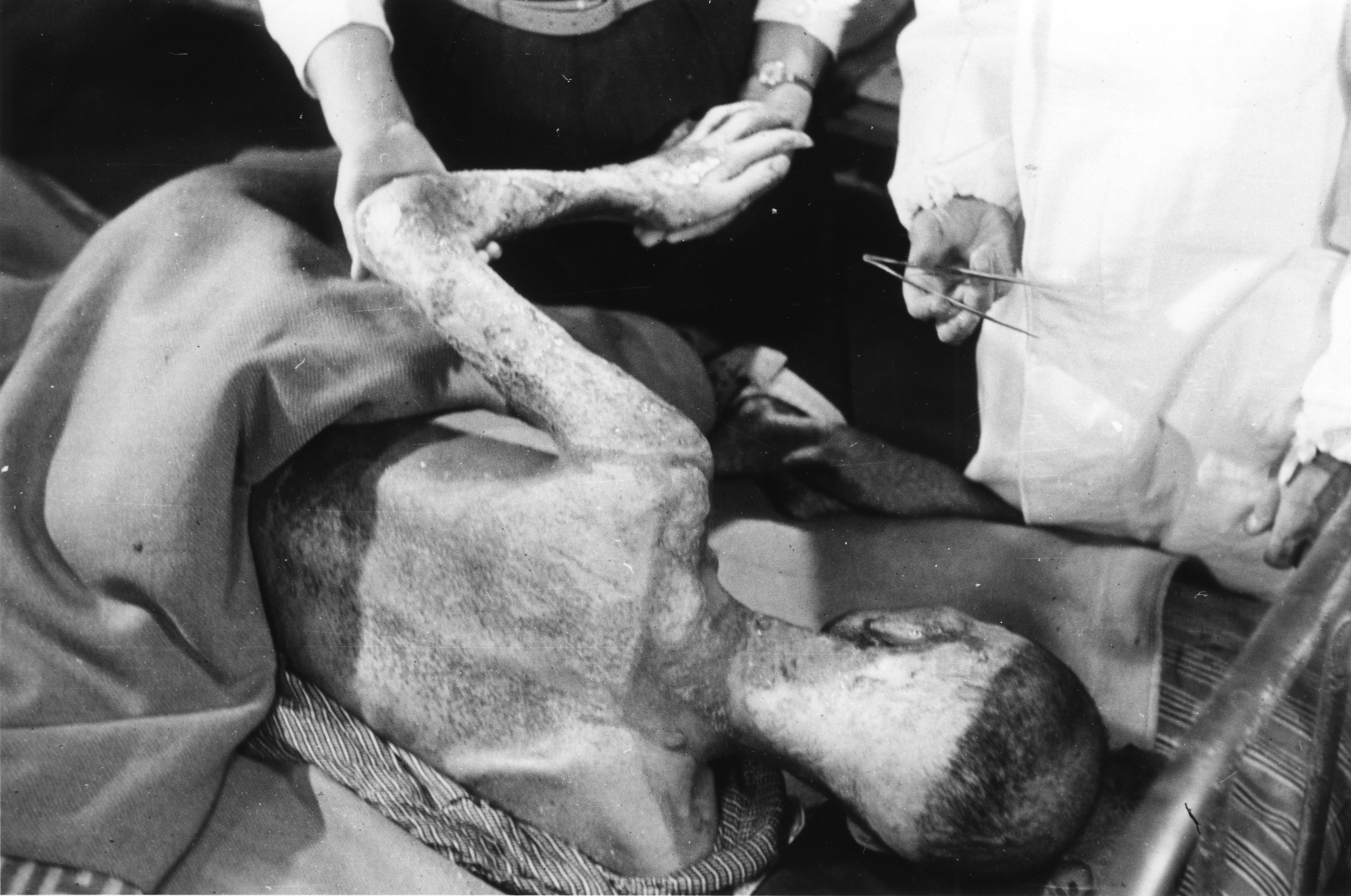 Man burned from behind

The atomic bomb in Hiroshima exploded approximately 600 meters in the air. At the moment of explosion, tremendous heat and radiation were released with a blast that ripped through the city. Virtually the entire city suffered damage; countless residents died of terrible burns and injuries. Radiation passed through buildings and human bodies, inflicting grave damage and decades of suffering.