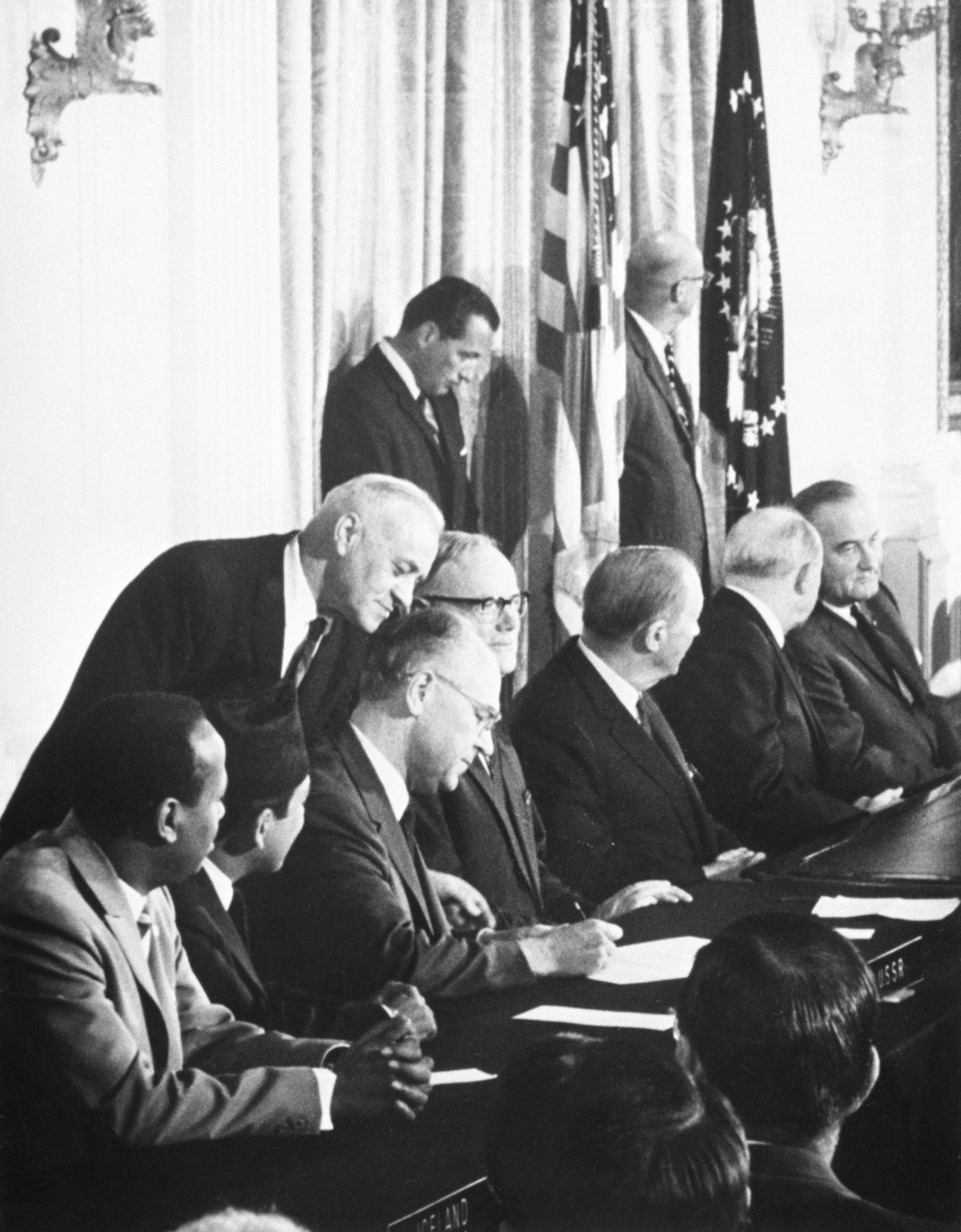 After nuclear weapons tests in the 1960s, France and China joined the United States, the Soviet Union and the United Kingdom as nuclear-armed states. With civilian use of atomic energy increasing, the diversion of nuclear materials and fuels for military purposes became a matter of concern. Fearing that a growing number of nuclear-armed states would increase the risk of nuclear war, the international community launched an effort to prevent proliferation.
The Nuclear Non-Proliferation Treaty (NPT) came into force in 1970. Along with nuclear-weapon-free zones and nuclear test ban treaties, the NPT’s nuclear non-proliferation regime has helped to curb the spread of nuclear weapons.