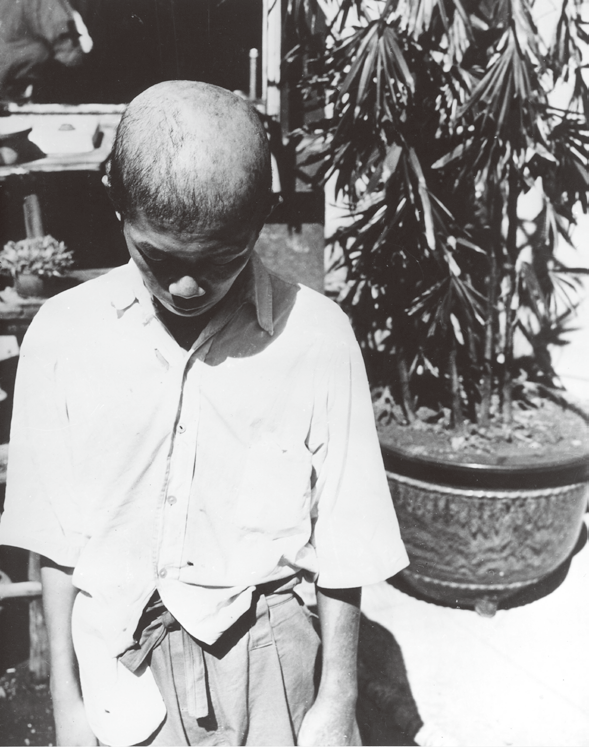 Boy who lost his hair

Massive doses of radiation penetrate deep into human bodies, damaging cells and inducing disease. The nuclear chain reaction that caused the bomb to explode lasted only a millionth of a second. The radiation released from the start of the chain reaction to one minute after the explosion is called “initial radiation.” Even at a distance of one kilometer from the hypocenter, this initial radiation was enough to kill by acute radiation poisoning. After the bombing, “residual radiation” remained on the ground. Thus, radiation harmed even people who were not directly exposed but came into Hiroshima later.
The effects of radiation do not necessarily manifest immediately on exposure. They can cause leukemia, cancer and other disorders that appear years or decades later. Even today, our understanding of radiation effects is far from complete. The many unanswered questions call for more research.