5-1-3The Atomic Bombing of Hiroshima 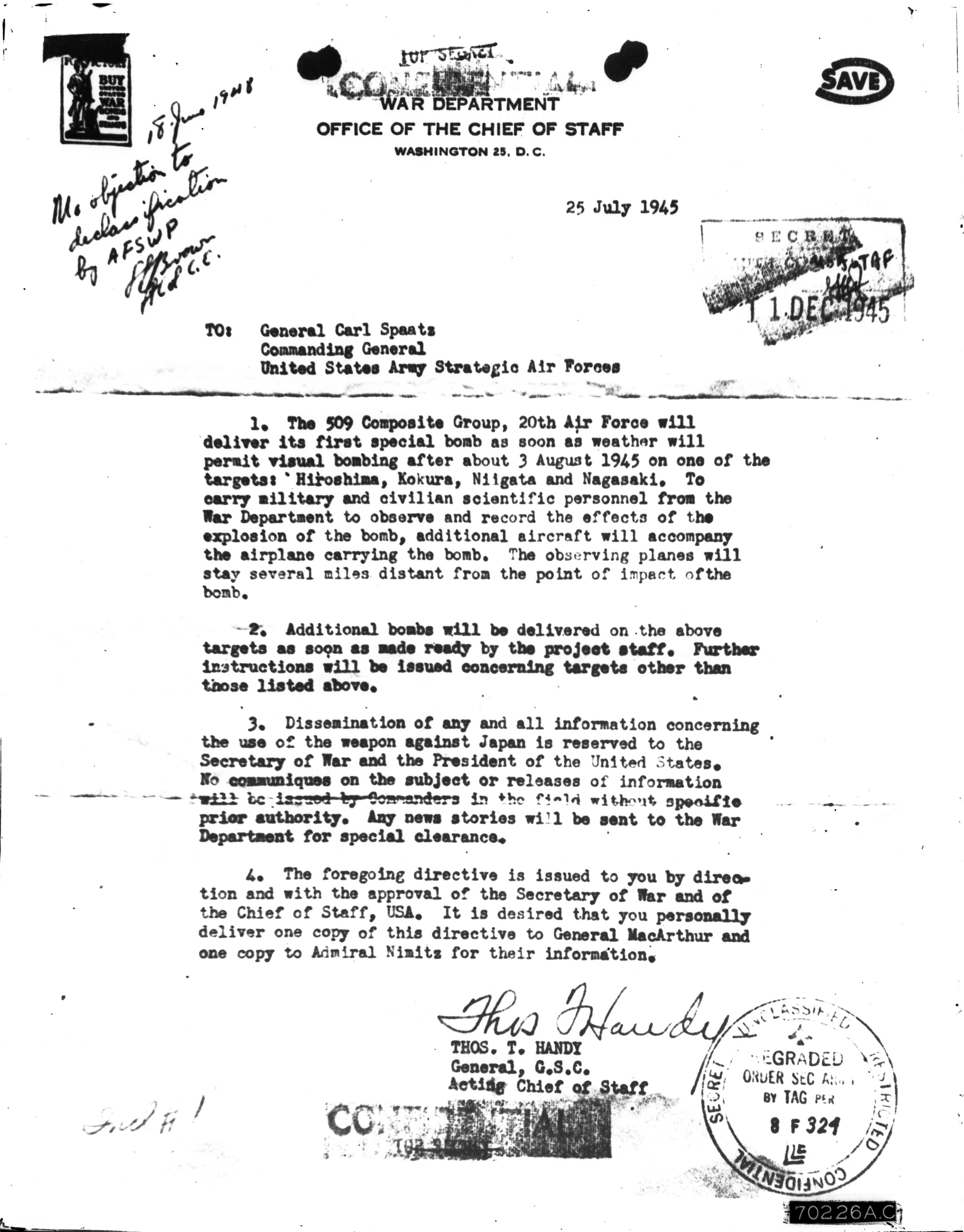 The order to drop the atomic bomb

The United States began studying targets for the atomic bomb in the spring of 1945. Potential target cities were required to have an urban area at least three miles in diameter (about 4.8 km). The list of candidate cities was shortened based on various factors, including topography that would increase blast damage. Air raids were prohibited in cities selected as potential A-bomb targets. On July 25, 1945, an order came down calling for the first atomic bomb to be dropped “after about 3 August” on one of the following cities: Hiroshima, Kokura, Niigata, or Nagasaki. Niigata was later ruled out, and on August 2, an order named Hiroshima the primary target, with the date to be August 6.