2-2-9Relief and Rescue Activities amid Turmoil 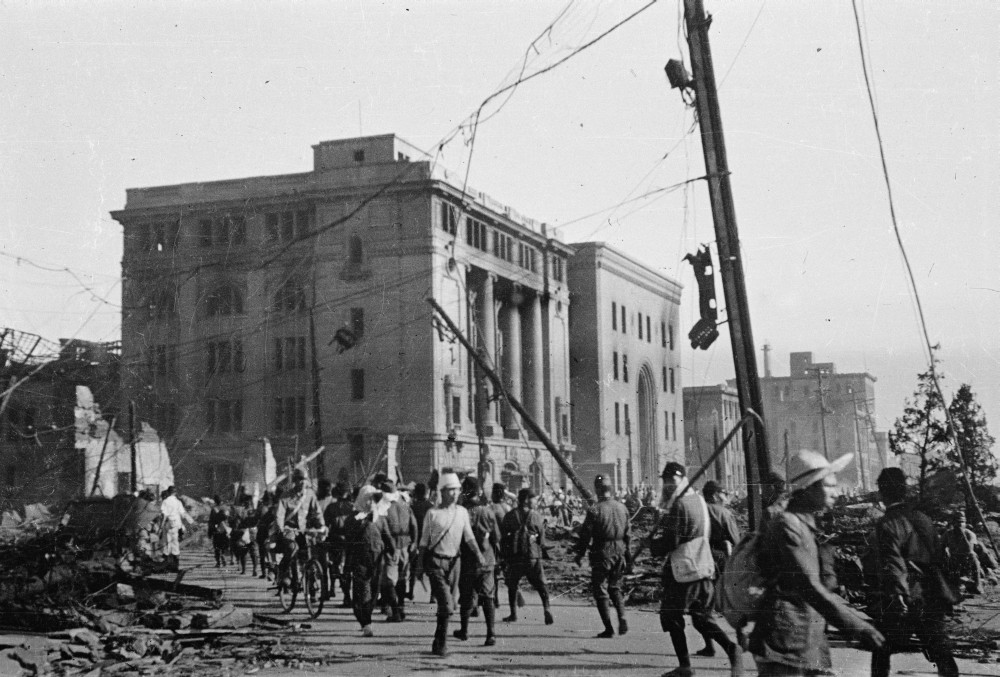 People entering the city to help
August 7 to 9, 1945
260 m from the hypocenter Near Kamiya-cho Intersection
Photo by Mitsugi Kishida Courtesy of Teppei Kishida

The atomic bomb destroyed the relief system of Hiroshima. City and prefectural government functions were lost, and communication and transportation were paralyzed. Despite the turmoil, military personnel, including the Army Marine Headquarters (commonly known as Akatsuki Corps), surviving doctors, and police officers took the lead to carry out their relief efforts from the very day of the bombing.