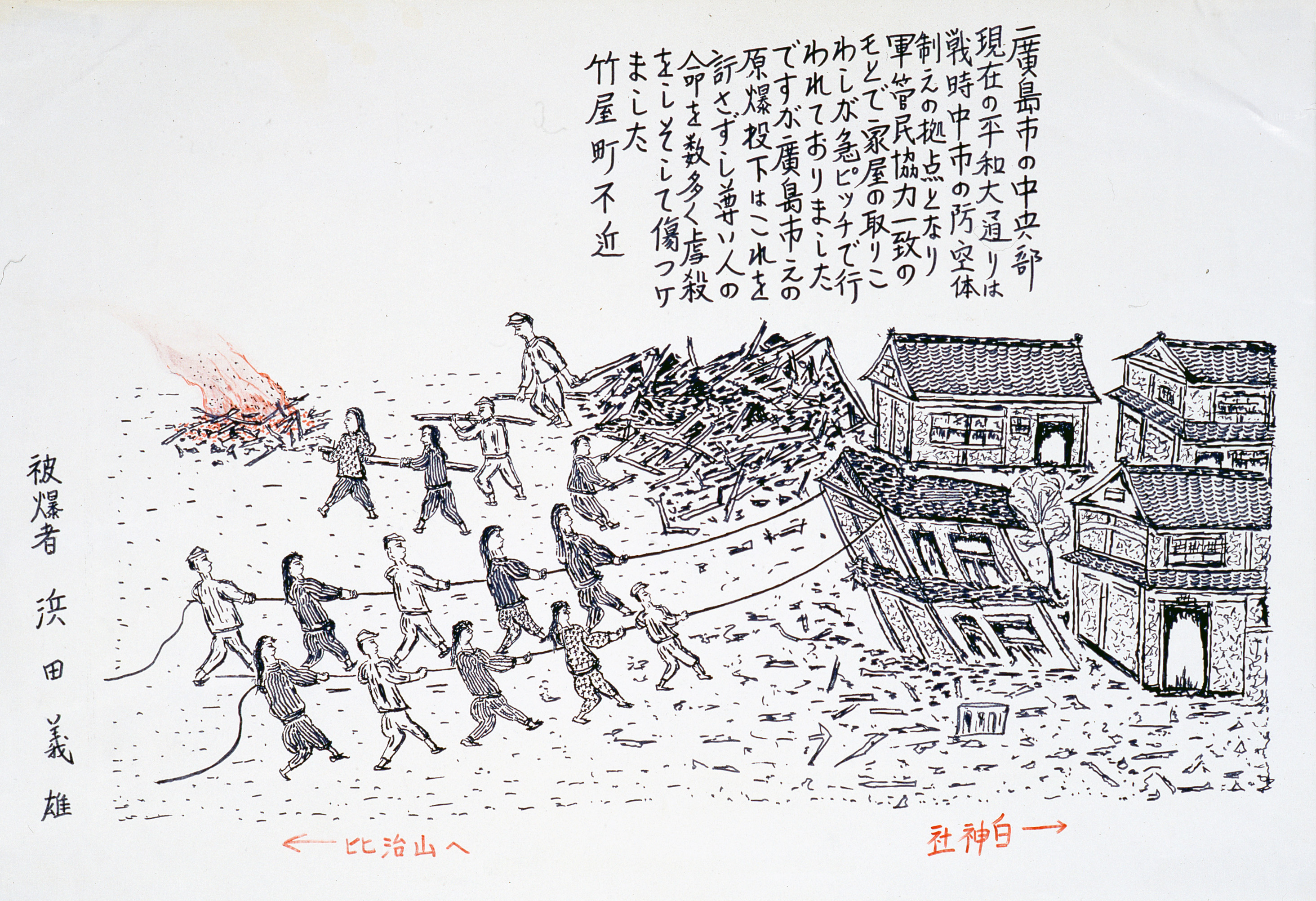 “Building demolition” refers to the tearing down of buildings to create firebreaks to prevent the spread of fire after air raids. Demolition work was carried out manually with saws and ropes.

A great number of civilians from Hiroshima City and even from surrounding counties were mobilized for this work. Along with adults, young students (mostly 12 or 13 years old) were also mobilized. On August 6, a massive building demolition project was underway in central Hiroshima. Thousands of people working out in the open were directly exposed to the bomb and killed.