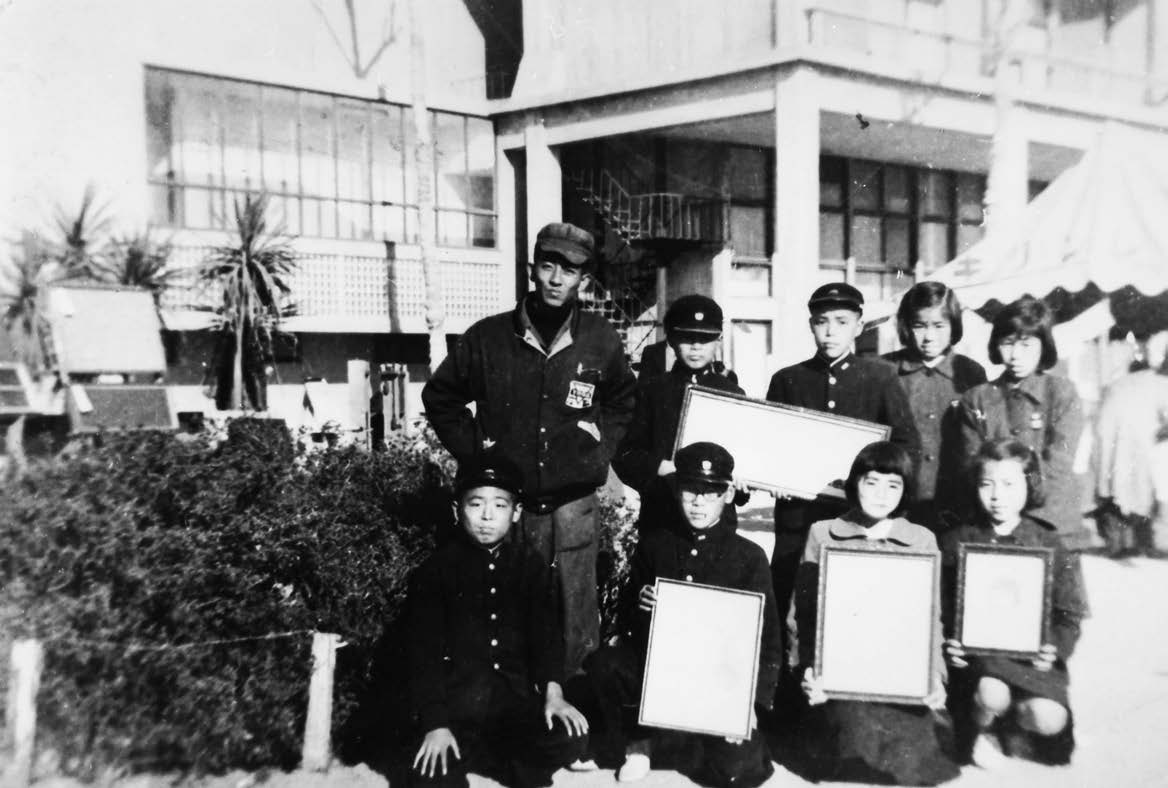 November 12, 1955
In front of Hiroshima City Auditorium
Courtesy of Tomiko Kawano
Sadako’s classmates distributing flyers to build the Children’s Peace Monument.
Ichiro Kawamoto, who suggested that they construct the monument, is on the left in the back row.

Shocked by Sadako’s death, her former classmates in the 6th grade came up with the idea of getting her a special gravestone or building a monument. Responding to a suggestion that they build a monument to console Sadako’s spirit and those of all children who died from the atomic bombing, they started a campaign to build what became the Children’s Peace Monument. 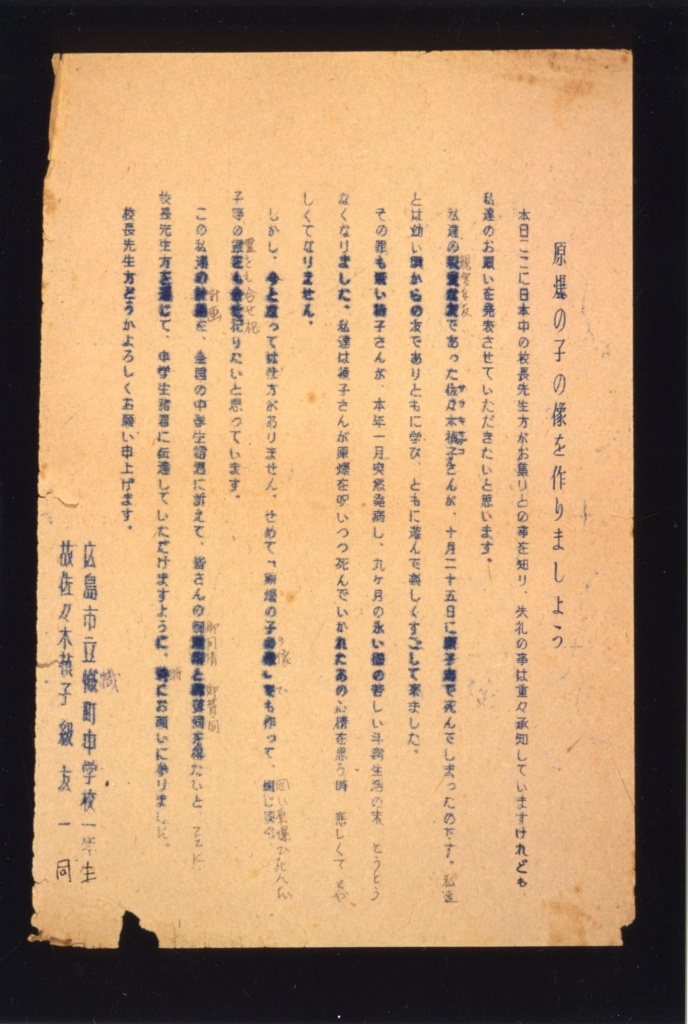