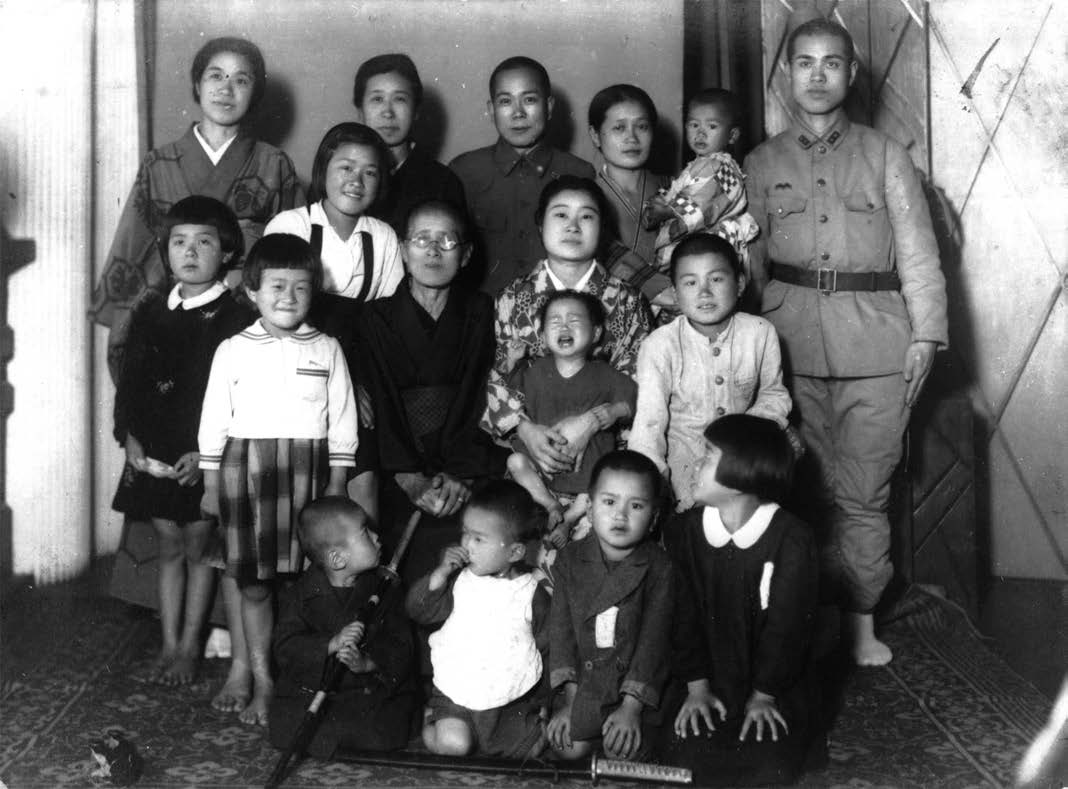 1943 Courtesy of Shigeo and Masahiro Sasaki
In the photo, Sadako is crying in the arms of her mother, seated in the center.

On January 7, 1943, Sadako was born. She was the first daughter of the Sasaki family, who ran their own barbershop. The healthy baby girl weighed 2,260 grams (4.9 pounds).

On August 6, 1945, when the atomic bomb exploded over Hiroshima, two-year old Sadako was at home, about 1,600 m from the hypocenter. The blast blew down their house, but she was miraculously unharmed. As the fires approached, four members of Sadako’s family fled. Escaping to a river, Sadako, her mother and brother were caught in the black rain. Sadako’s grandmother got separated from them and was later found dead by one of their neighbors.