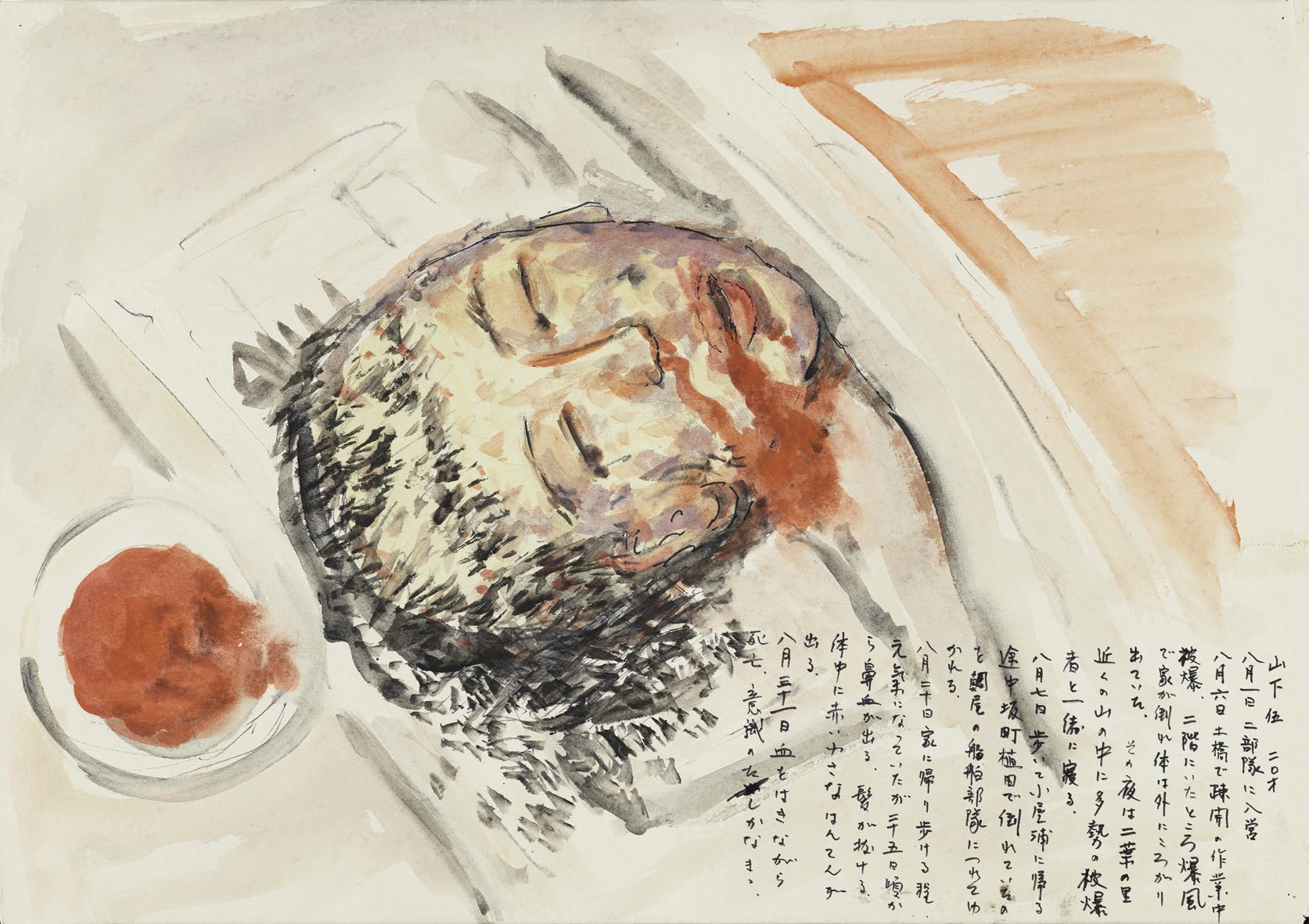 Atsumu Yamashita (20), younger brother of Masato who drew this picture, was demolishing buildings when the bomb exploded. He recovered from his injuries enough to walk, but around August 25, he began bleeding from the nose. His hair began falling out, and blood spots appeared all over his body. He died vomiting blood on August 31. He was conscious and lucid till the end.