5-1-3-3Dropping the Atomic Bomb on Hiroshima 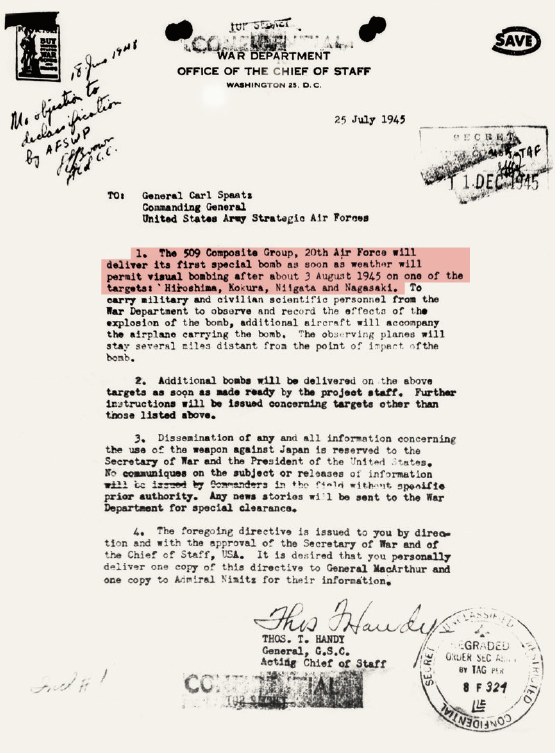 The order to drop the atomic bomb
July 25, 1945 Courtesy of U.S. National Archives and Records Administration

Before dawn on August 6, weather reconnaissance planes took off from Tinian Island for Hiroshima, Kokura and Nagasaki, followed later by three B-29s – the Enola Gay carrying the atomic bomb, a scientific observation plane, and a photography plane. Receiving the report that the sky over the primary target was clear, the Enola Gay headed for Hiroshima. At 8:15 AM on August 6, it dropped the atomic bomb, which exploded 600 meters above the Shima Hospital.