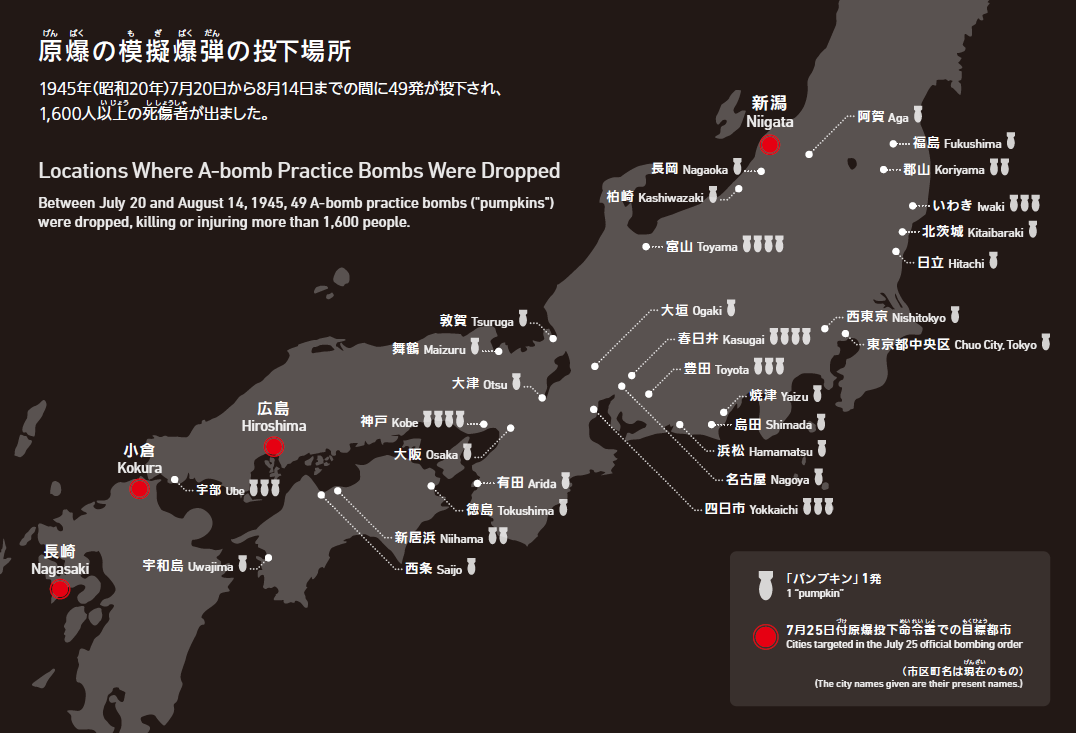 To prepare to use the atomic bomb in combat, a special bomb unit was organized, and a series of training sessions was conducted in a desert in the United States. In 1945, the unit moved to Tinian, one of the Mariana Islands. For more realistic training and to help the bombardiers familiarize themselves with local geography, A-bomb practice bombs (called “pumpkins”) were dropped on Japanese cities.