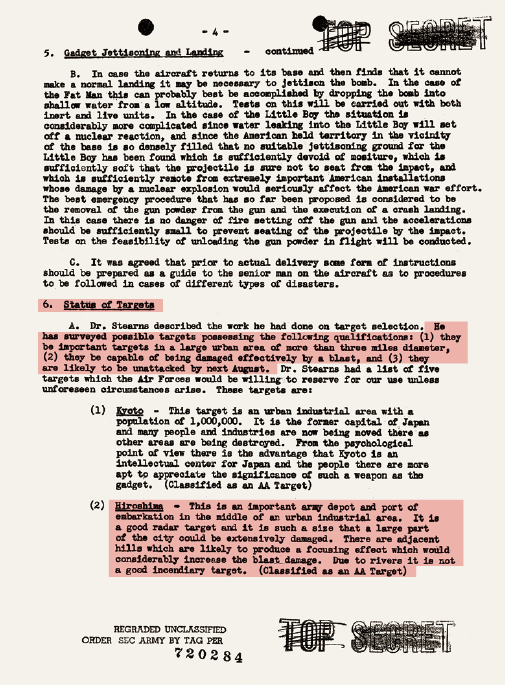 Summary of the second meeting of the Target Committee
May 12, 1945 Courtesy of U.S. National Archives and Records Administration

The Target Committee, comprising military personnel and scientists, evaluated potential targets from a military standpoint. At the first meeting on April 27, 1945, criteria for target selection were developed, and 17 areas were selected for further study. At the second meeting on May 11, 1945, after examining such issues as city size and topography that would magnify the effects of the blast, the committee shortened the list to four: Kyoto, Hiroshima, Yokohama, and Kokura. They also agreed that psychological effects against Japan were of great importance.