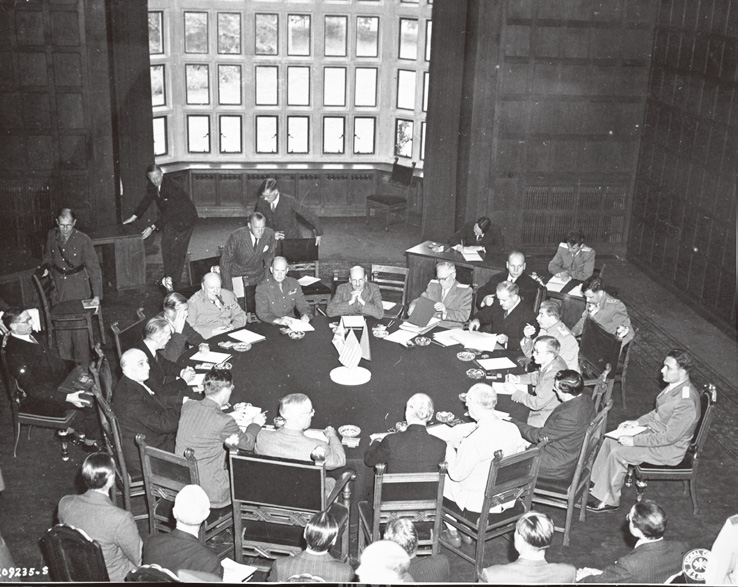 Potsdam Conference
July 25, 1945 Courtesy of Harry S. Truman Library
The day of the conference was set by U.S. President Truman to coincide with the completion of the atomic bomb.

In July 1945, during a conference with the U.K. and Soviet leaders in Potsdam, Germany, U.S. President Harry Truman learned that the A-bomb test had been successful. On July 25, the United States ordered the atomic bombing of Japan. The following day, the United States, the United Kingdom and China issued the Potsdam Declaration demanding Japan’s unconditional surrender. The Potsdam Declaration contained no provision guaranteeing continuance of the emperor system, which was known to be an important condition of surrender. Neither did it hint at the existence of an atomic bomb nor any intent to use such a weapon on Japan. Japan did not accept the Potsdam Declaration.