5-3-4-3Proposals for the Abolition of Nuclear Weapons 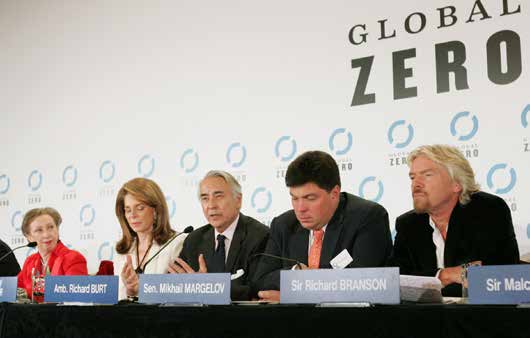 Various proposals have set clear deadlines for steps toward nuclear abolition. Global Zero, launched in 2008, set forth a 4-phase action plan to abolish nuclear weapons by 2030. Mayors for Peace, launched by Hiroshima and Nagasaki cities, has proposed abolishing all nuclear weapons and eliminating systems of production, delivery, and launch by 2020. At the NPT Review Conference in 2010, a Plan of Action for the Elimination of Nuclear Weapons was proposed by Group of the Non-Aligned States Parties to the NPT to abolish nuclear weapons in three phases by 2025.