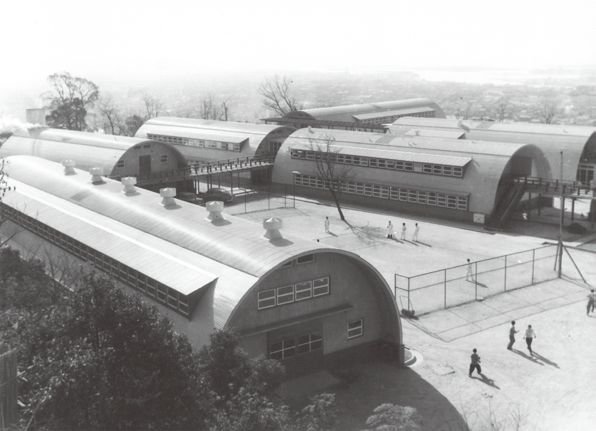 ABCC, completed in 1951, on the top of Hijiyama Hill
1954 Courtesy of The Chugoku Shimbun

In November 1946, U.S. President Harry Truman ordered the creation of an organization to investigate the aftereffects of the atomic bomb. In March 1947, the Atomic Bomb Casualty Commission (ABCC) was established in Hiroshima. The Nagasaki ABCC was established the following year. A-bomb survivors had high expectations, hoping that the ABCC would treat their illnesses, but the ABCC performed only examinations and research.