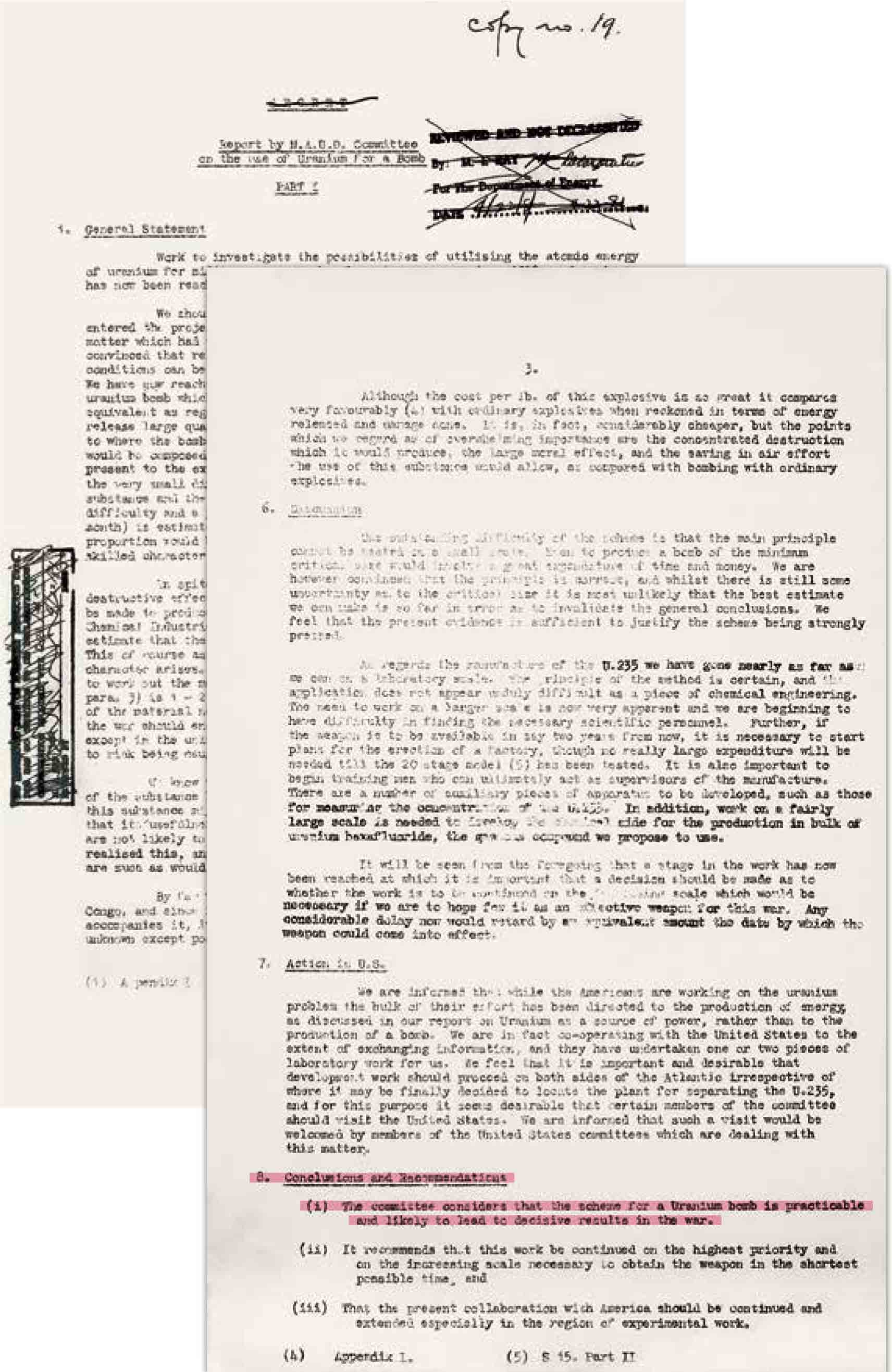 The U.K. government established the MAUD Committee to study the possible military use of atomic energy. In July 1941, the committee reported that an atomic bomb was feasible. When this information was communicated to the United States, President Franklin Roosevelt approved development funding. That November, the U.S. National Academy of Sciences estimated that atomic bombs could be available within three or four years.
The United States then moved into full scale development.