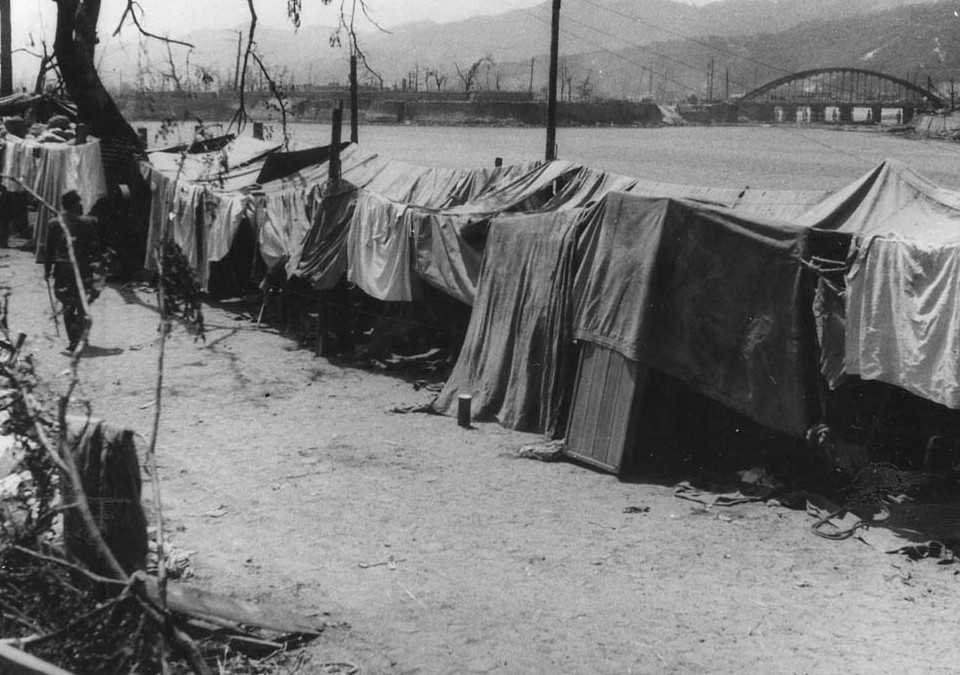 Emergency relief station on a bank of the Otagawa River
August 9, 1945
1,100 m from the hypocenter Moto-machi
Photo by Yotsugi Kawahara

Relief stations were temporarily set up in locations, such as foot of bridges and schools. They soon became flooded with victims groaning for water. Medicine and other supplies were scarce. Laid on straw mats, the injured died one after another without receiving adequate medical treatment.