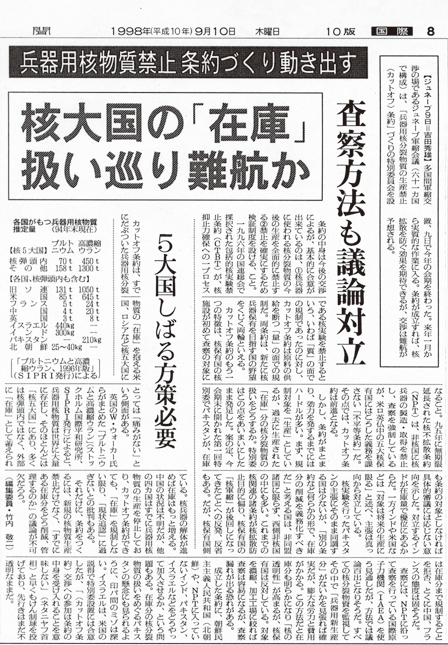 The ban on producing highly-enriched uranium and plutonium for the development, production, or use of nuclear weapons seeks to stop the development of nuclear weapons at the source. When India and Pakistan conducted their nuclear tests in 1998, the non-proliferation regime faced a crisis. At the Geneva Conference on Disarmament the same year, an ad hoc committee was established to negotiate a Fissile Material Cut-off Treaty. However, work plan deliberations came to a halt the following year, and the ad hoc committee was never re-established. In recent years, Pakistan has been calling for the treaty to include regulations covering existing stocks. Other states reject this, so the Conference on Disarmament has been unable to reach unanimous agreement on a work agenda, and negotiations have yet to begin.