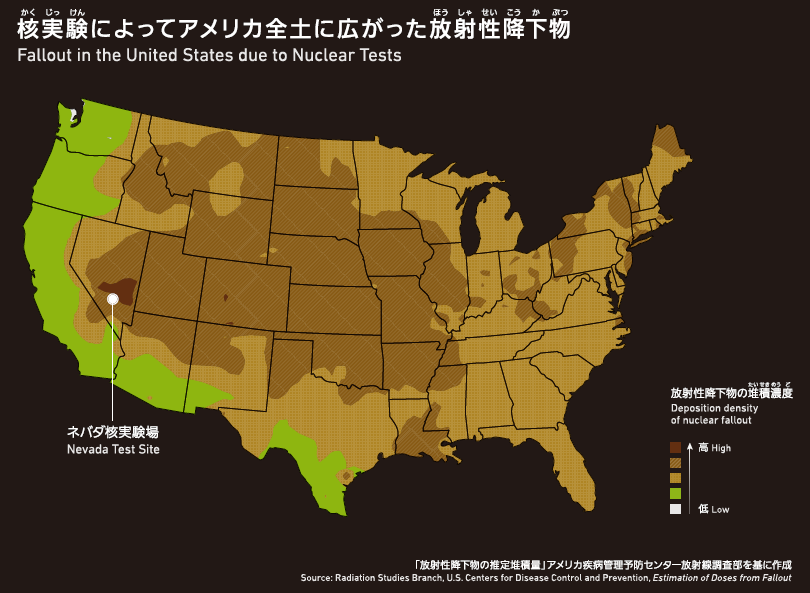 Nuclear tests at the Nevada Test Site in the United States began in 1951. Nuclear fallout spread to surrounding areas, in some cases hundreds of kilometers downwind in Utah and Arizona. It is estimated that at least 170,000 people were exposed, and it has been reported that those residents, including children, were more likely to die from leukemia and cancer.