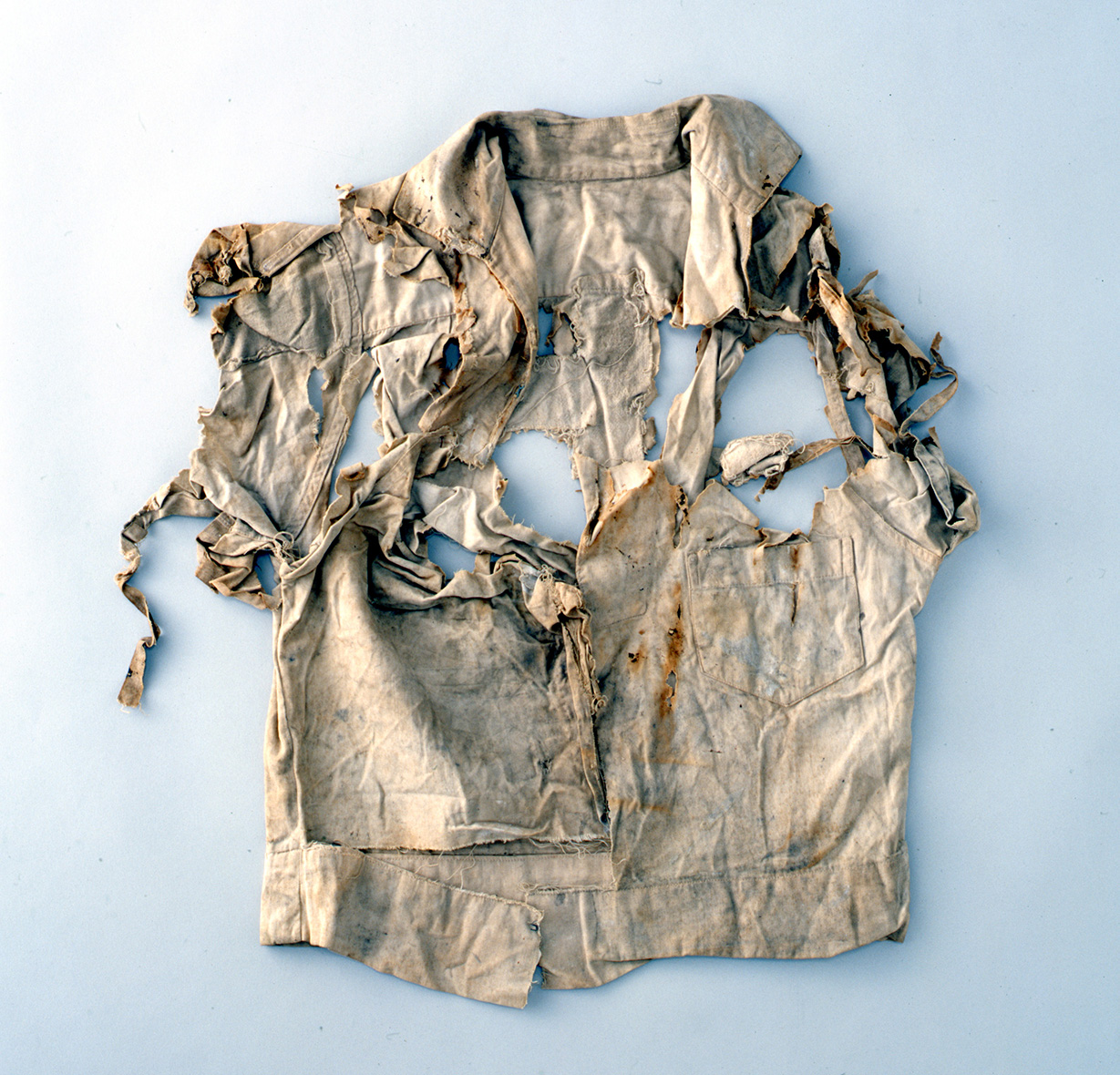 Sumiko Shimizu (then 20) was exposed to the atomic bombing during her labor service at a building demolition worksite. She made her way home despite the severe burns covering her body. Her father and younger brother took her to a hospital on a stretcher, where she received first-aid treatment. After that, they took Sumiko to a school that turned into a relief station, but she died on the early morning of August 7, the next day.

Her blouse was burned and tattered. She was wearing nothing but this blouse which had almost lost its original form. When she returned home alone, we immediately had her receive treatment at the present-day prefectural hospital, then we took her to Kusuna Elementary School, where she died. 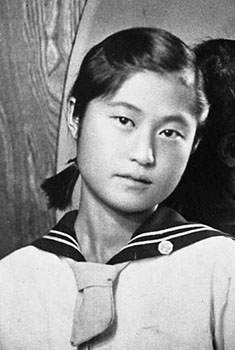