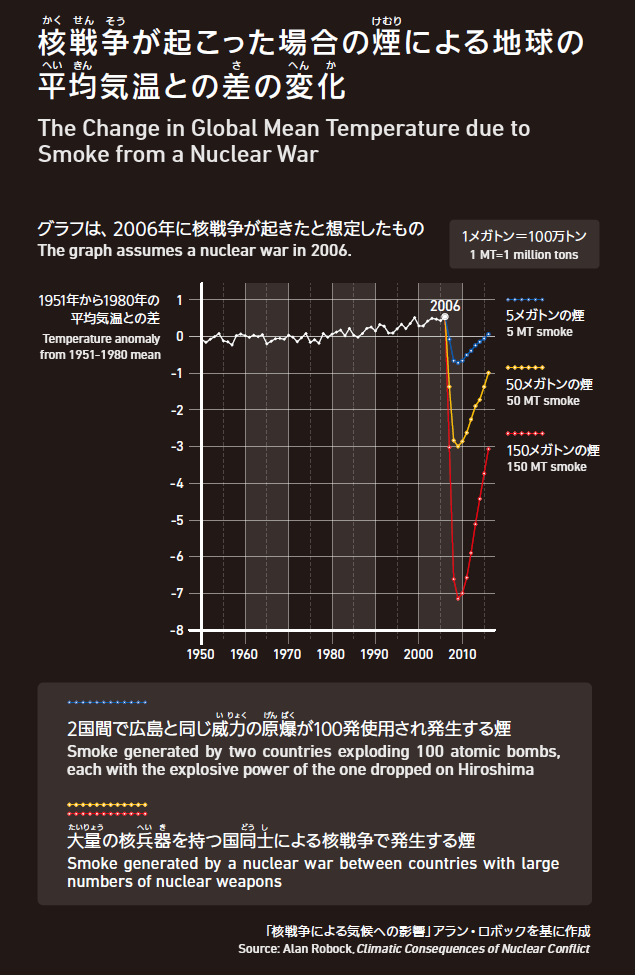 If a nuclear war were to occur, vast numbers of people would be killed and wounded immediately by nuclear explosions. In addition, soot, dust and other particles from the resulting fires would be carried into the stratosphere where they would block out the sun's rays, causing temperatures to plummet. The resulting “nuclear winter” would be global and would last for years.
A nuclear winter would impact food production. Much of humanity would face starvation, and many life forms would die out.