800 m from the hypocenter Near Dobashi
Donated by Koji Hosokawa

Yoko Moriwaki (then 13), a first-year student at First Hiroshima Prefectual Girls High School, was exposed to the bombing at a builing demolition worksite in Dobashi. Suffering severe burns on her back, she died at Kannon Elementary School (Kannon Village, Saeki County), where she had been taken.

Yoko remade her mother's kimono into this summer uniform, which was found at her worksite and delivered to her home.

This lunch box was picked up by Yoko's elder brother from that site.

When Yoko's body was brought home to Miyajima Island, she had almost nothing to wear with her workpants burned and tattered, but someone kindly covered her with a yukata (cotton summer kimoto).

The only consolation given to us was tha there were no injuries on her face.

Her mementoes represent what war brings to us. I hope by seeing these items, people can take the experience as their own. 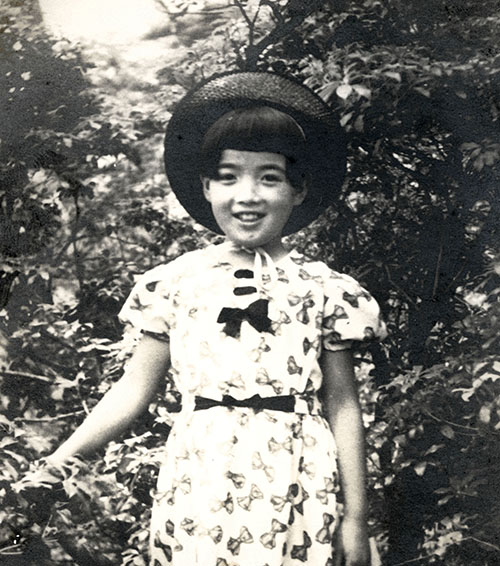