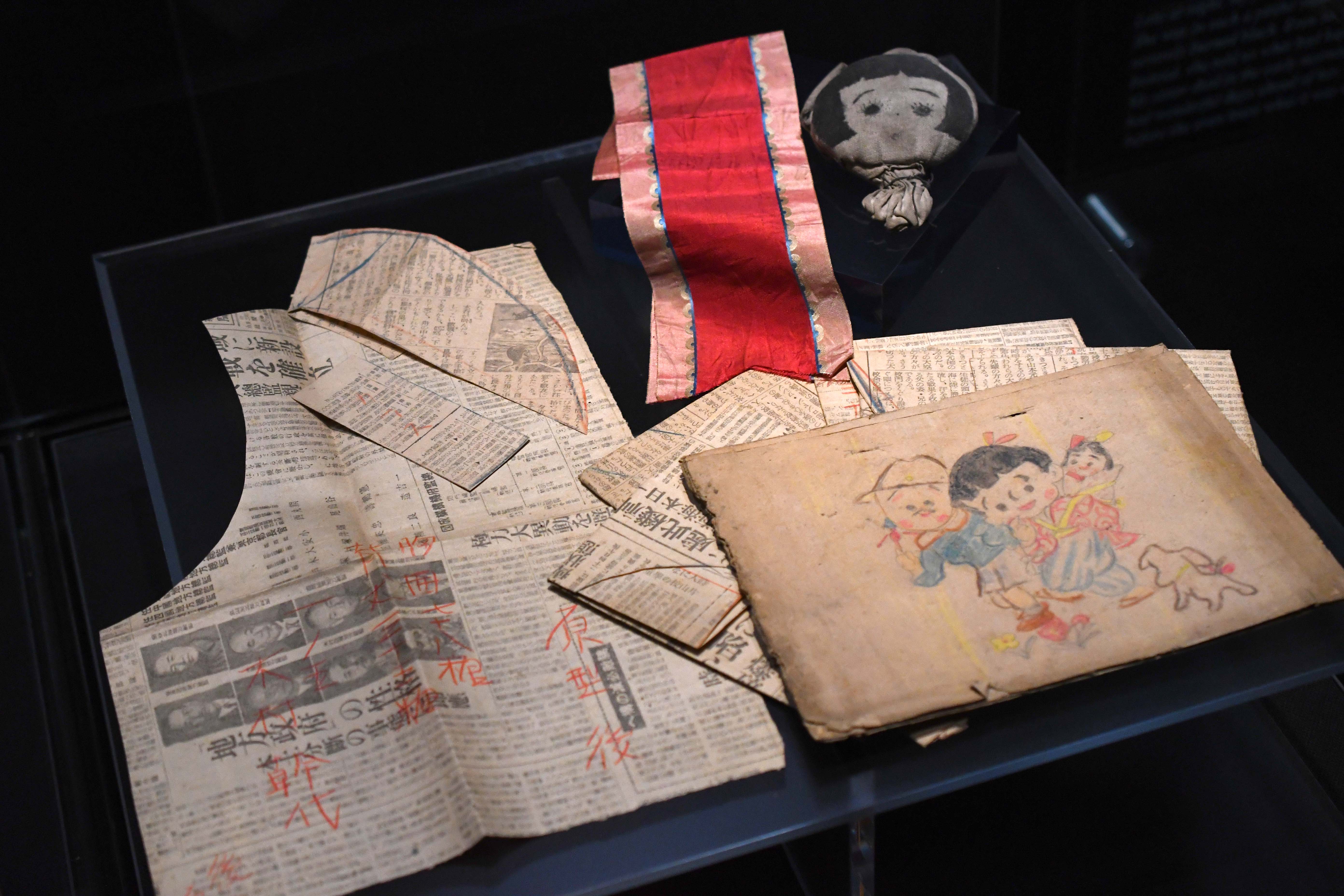 Mikiyo Kimura (then 13), first-year student at First Hiroshima Prefectual Girls High School, was exposed to the bombing at a building demolition worksite in Dobashi. Suffering severe burns over much of her body, she fled to Koi Elementary School.

Her father found her and took her home by truck.

Lying in bed, Mikiyo talked about how she had spent the day of the bombing in detail and died on the morning of the 7th.

Mikiyo took the doll and ribbon as materials for a school assignment, and she used these patterns to sew her uniform at school.

Late at night, my father found and brought her home.

She was in such a pitiful state: her entire body had been severely burned black. Even so, she didn't say it hurt.

Instead, she told us what had happened to her that day.

My sister died in the early morning on the 7th. She would have had wonderful days ahead of her, but she was burned to death before she even knew what it was to be in love.