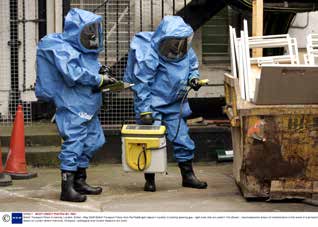 The September 11 terror attacks on the United States in 2001 increased fear of nuclear terrorism in the international community. All countries faced demands to improve nuclear security, including prevention of fissile material theft and terrorist acts against nuclear power facilities. A Nuclear Terrorism Convention was adopted by the UN General Assembly in 2005, and in 2010 the first Nuclear Security Summit was held in the United States.