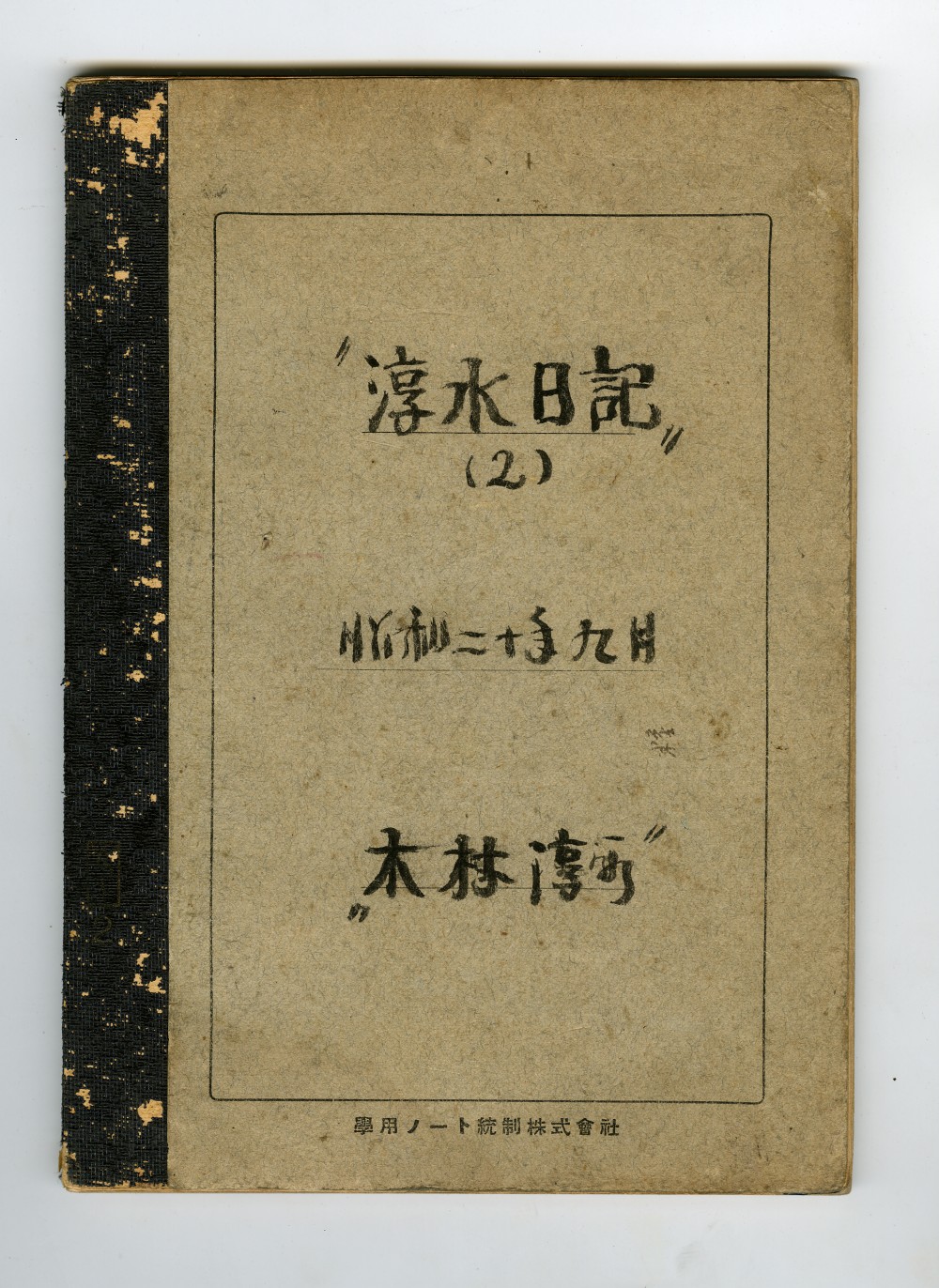 I will never die.” – The diary of a young man who fought aftereffects
Donated by Taeko Matsuno (maiden name, Kimura)

Kazuo Kimura (18), a first-year student in the School of Mechanical Engineering at Hiroshima Technical School, was exposed to the bombing in the classroom. Along with glass fragments stuck on his back, he sustained burn injuries on his left hand.

After the war, he went back to school, but his condition gradually deteriorated. He died on August 9, 1948, three years after the bombing.

In his diary, he expressed his strong will against his predicaments, concerns over his illness, dream for the future, and memory of Mikiyo, his deceased younger sister. 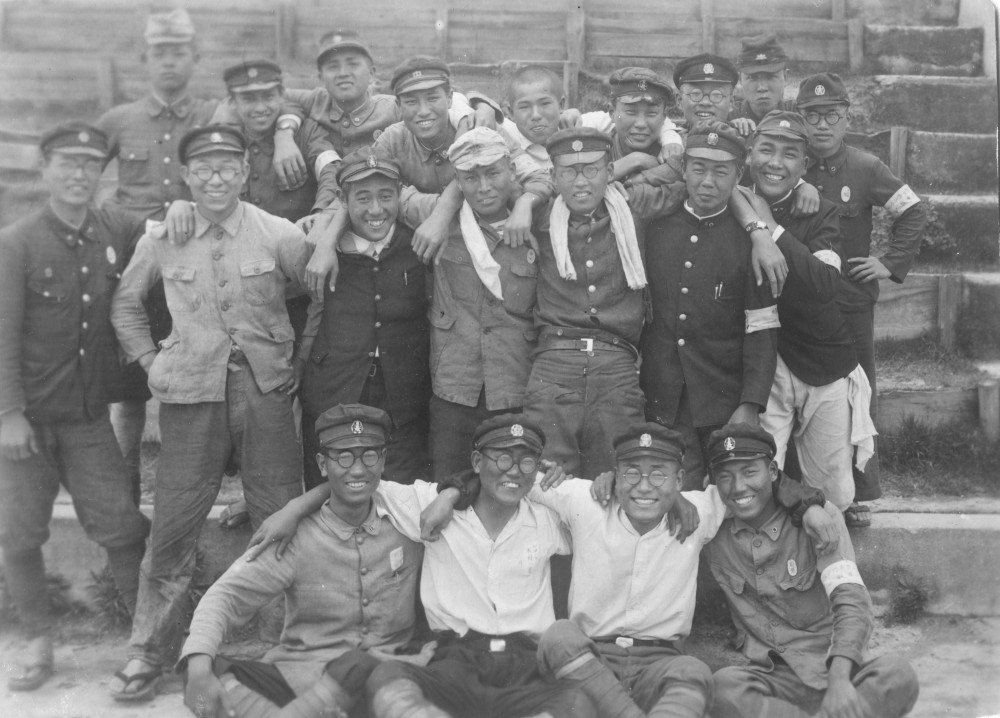 Kazuo sits second from the left in the front row.
Courtesy of Taeko Matsuno