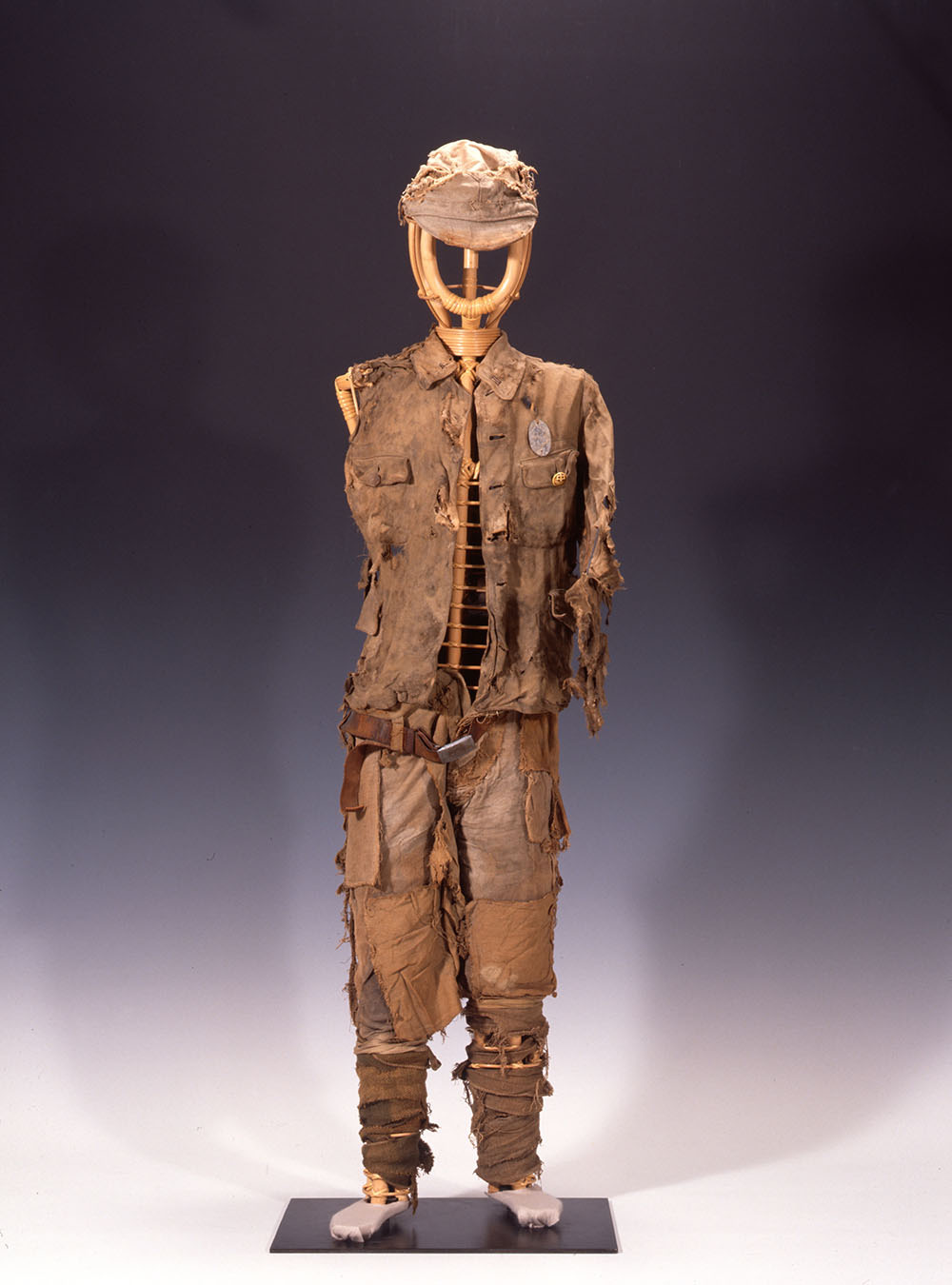 900 m from the hypocenter Koami-cho

The first- and second-year students in Hiroshima Municipal Junior High School were engaged in building demolition. Most of them died. These clothes were worn by three of the students killed in the bombing.
Each article conveys the deep sorrow of parents who lost their beloved sons.

Eiichi Tsuda (13), a first-year student, was wearing this cap and belt.
His father searched for Eiichi despite his own injuries and found his body near Temma Bridge before noon the next day. 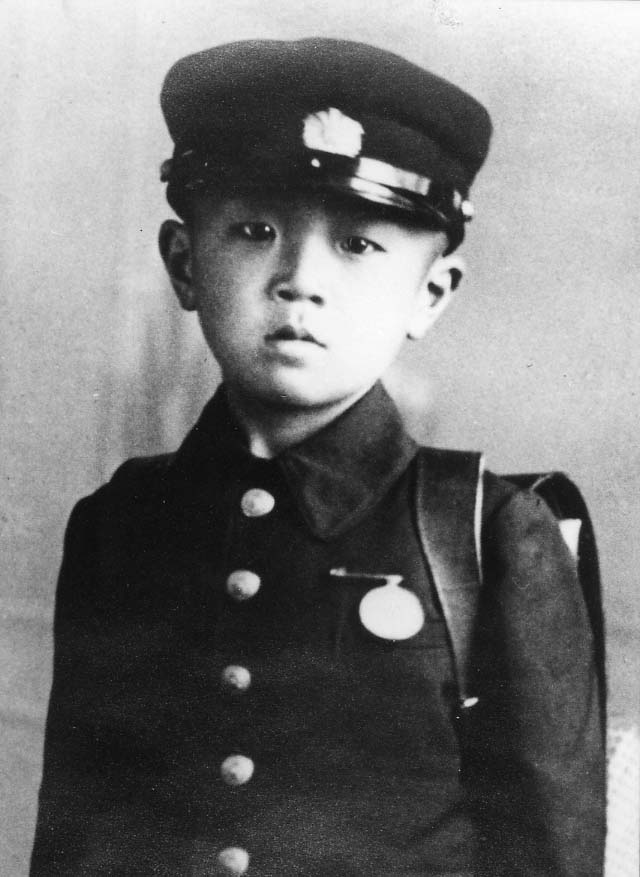 Second-year student Hajime Fukuoka (14) was wearing this uniform.
His mother desperately searched for him, but never found him. Receiving notification from several places, his mother collected ashes from each place but could confirm non as his.
This uniform brought to the family by a classmate's father who deciphered the barely legible nametag was the only certain trace ever found of Hajime. 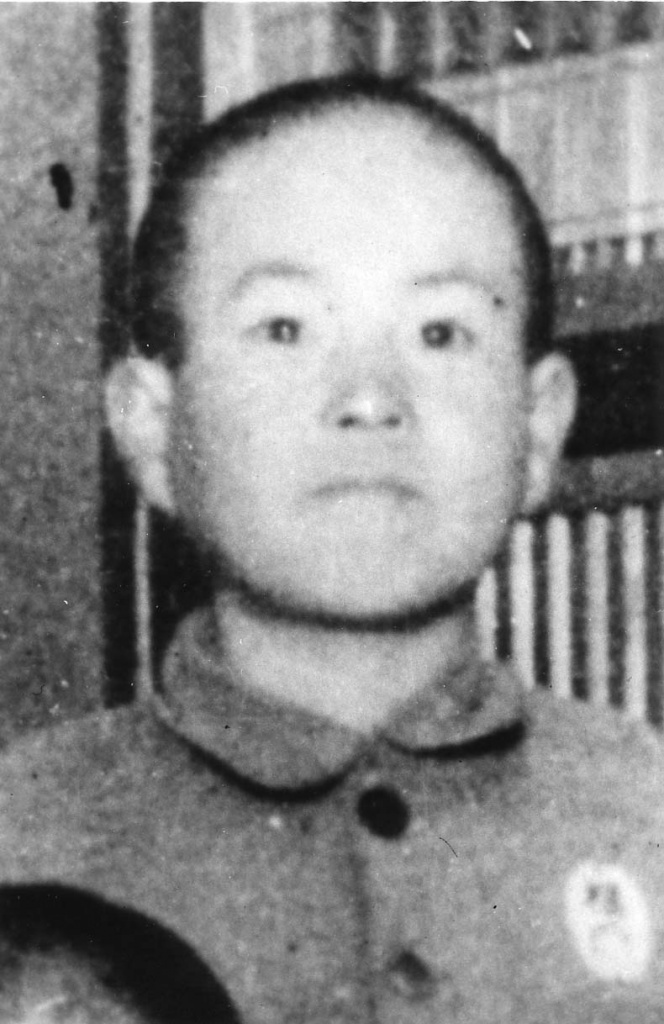 First-year student Masayuki Ueda (12) was wearing these gaiters.
He fled to neighboring Fukushima-cho and was saved by a resident of the town. His father and older sister searched desperately for Masayuki, but didn't learn his whereabouts in time, Masayuki died on August 8 without seeing his family again. 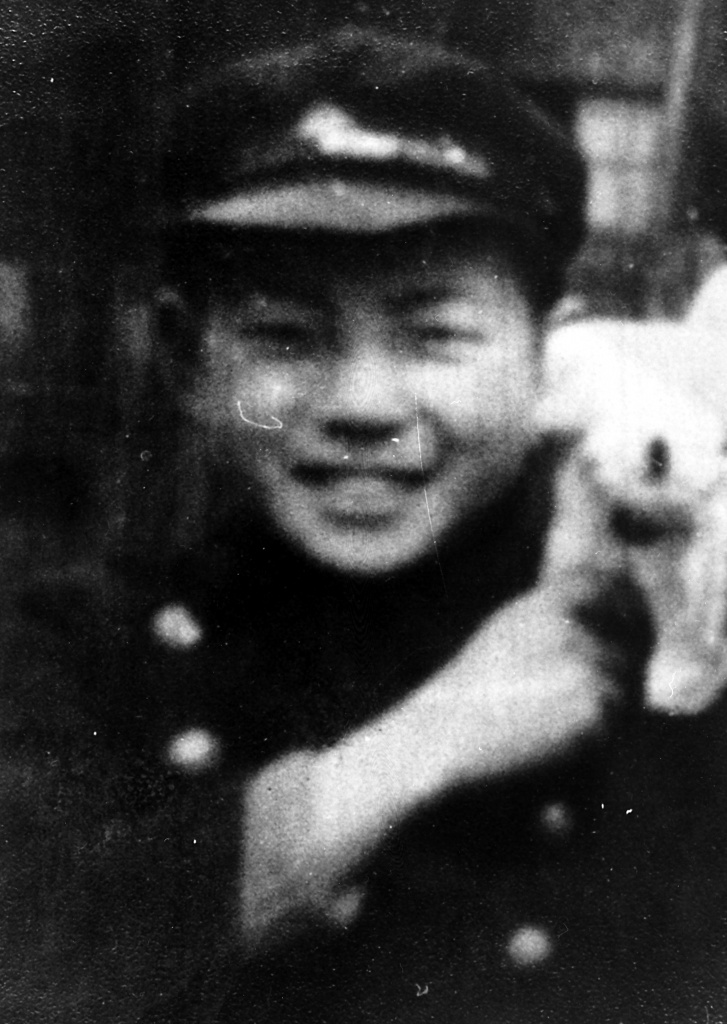