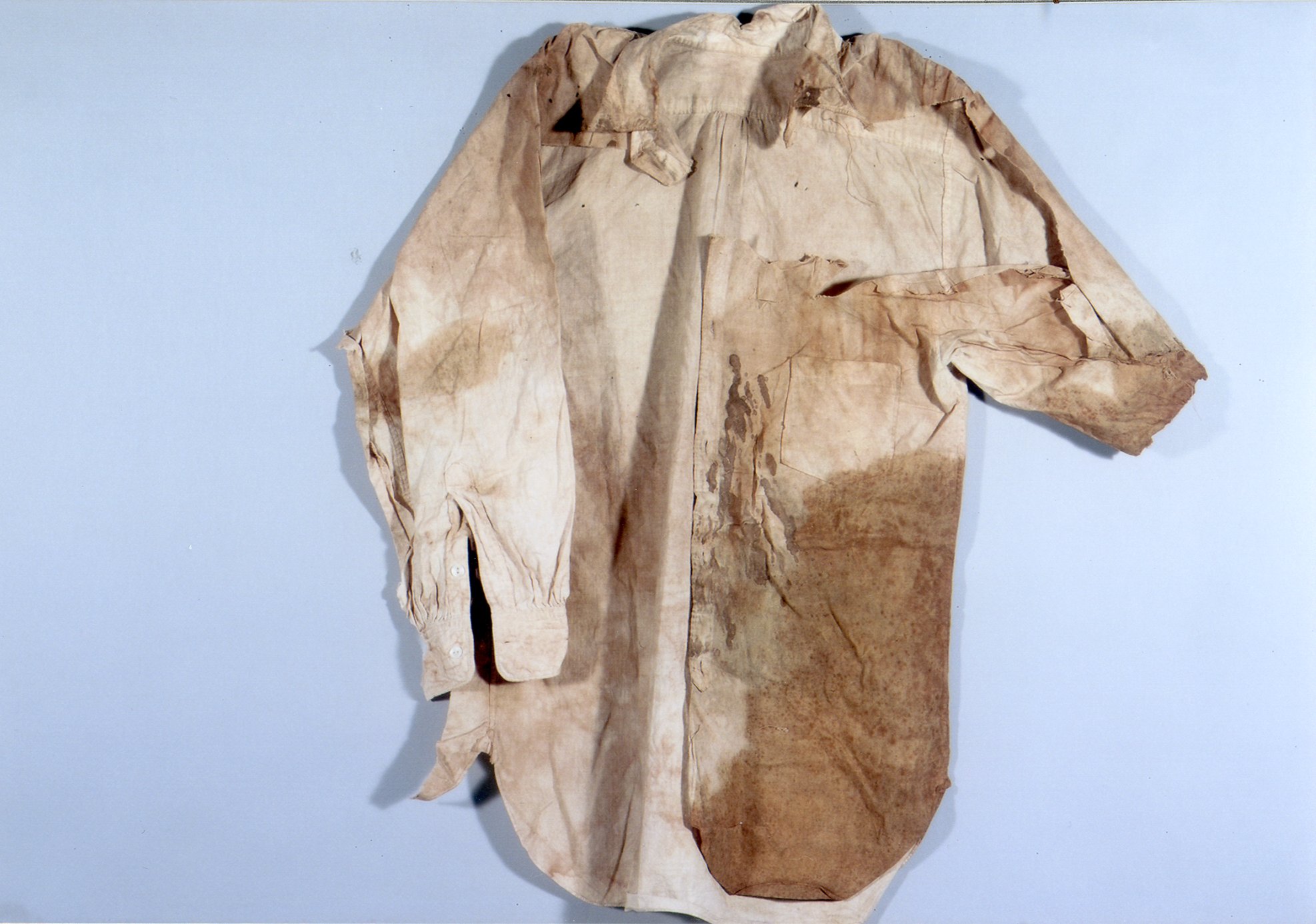 1,200 m from the hypocenter Ote-machi 8-chome Donated by Midori Doguro

When the bomb exploded, Tsutomu Doguro (then 20), a Hiroshima Technical College student, was at the Takanobashi bus stop on the way to his assigned factory. On the 9th, learning that Tsutomu was in the Hiroshima Red Cross Hospital, his parents brought him home. Despite his family’s care, he passed away on August 27.

Tsutomu was wearing this shirt on the day of the bombing.

Tsutomu’s body was covered in burns, and his ears gradually fell off. As his condition grew worse each day, he said, “My face is burned so badly. I can’t go outside, looking like this.” Recalling the memory is so hard to bear. I just want to forget it. 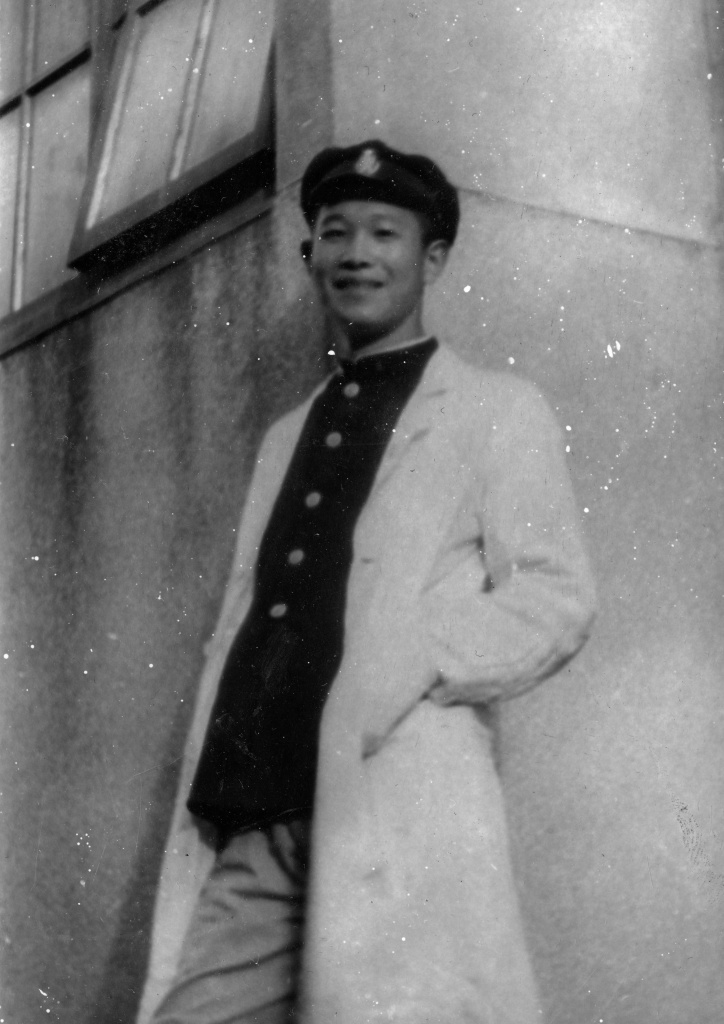