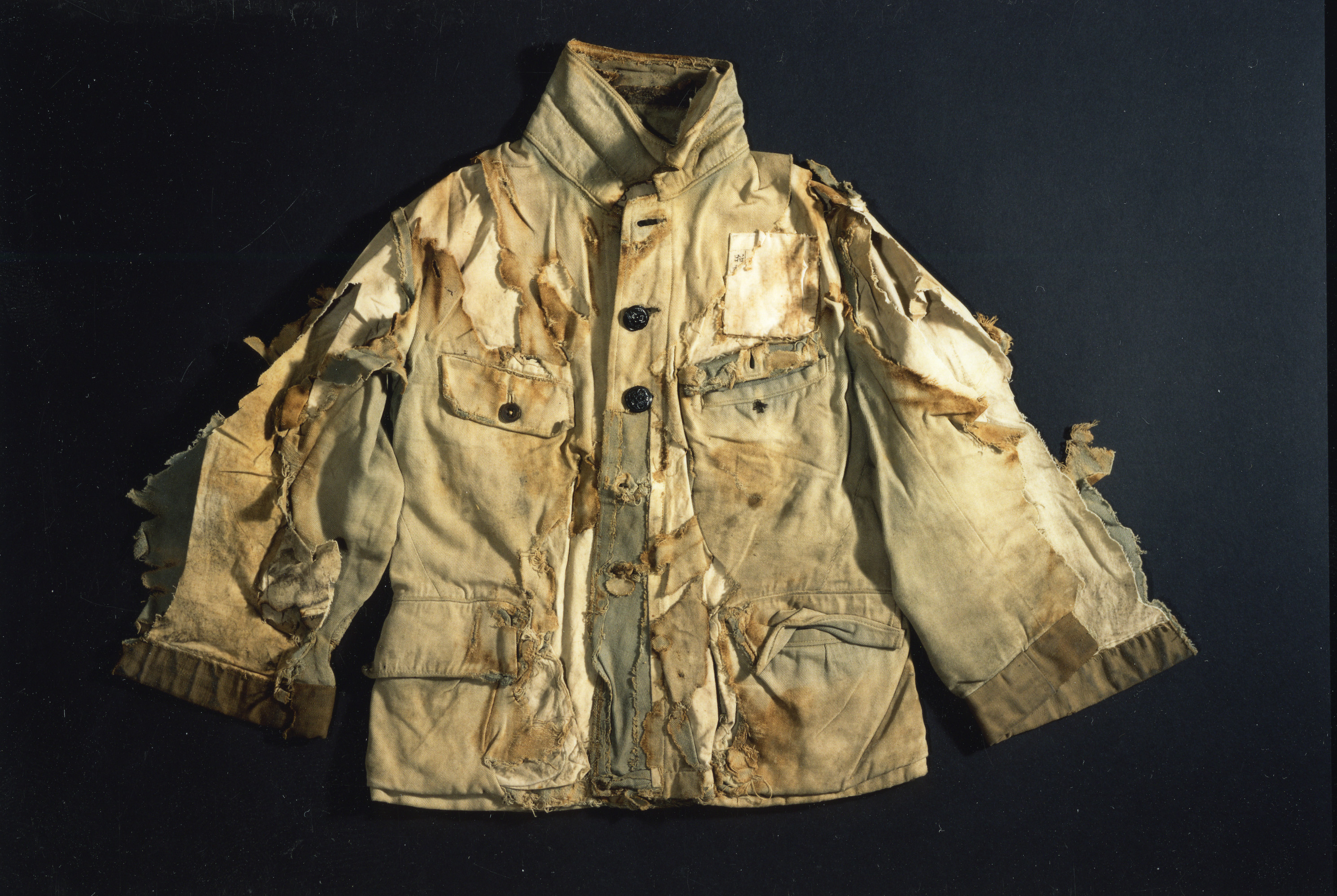 At the time of the bombing, 12 year old Tetsuo Kitabayashi was at his
building demolition worksite 600 meters from the hypocenter. He returned
home with his badly swollen face altered beyond recognition. Despite his
parents’ desperate care, Tetsuo died the following day, the 7th, singing in
delirium.
Tetsuo’s father wrote about the death of his son:
“I ran down to the second floor, but he had no pulse. It was over. 4:20 p.m.
Sorrow, anger, regret, and pain. Nothing could be worse…. We held his wake.
I wep t and wept.”

2-2-3 Children Killed in the Bombing