790 m from the hypocenter Moto-machi
Donated by Ritsu Ogawa

These clothes were worn by Setsuko Ogawa (then 21). The backside of both pieces were almost burned completely.
Setsuko was exposed outdoors near her workplace, the Chugoku Military District Headquarters. Suffering severe burns on her face and her back, Setsuko was taken to a field hospital that was temporarily set up on Ninoshima Island. On the 9th, when Setsuko’s mother Ritsu came to her side, she could not recognize her daughter because of the severe burns. Despite Ritsu’s desperate care, Setsuko died on the 11th.
Ritsu wrapped those clothes with a sheet of paper and had carefully kept it. On the paper is a note by Ritsu saying, “Put them in my coffin.” 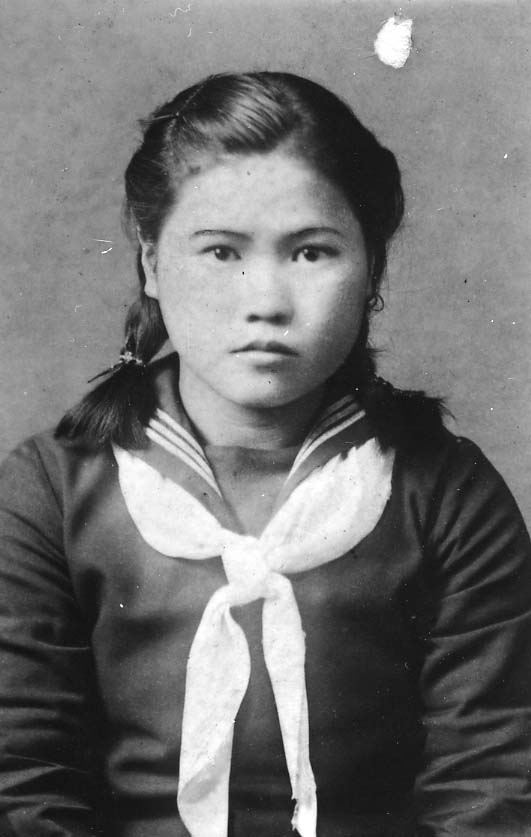