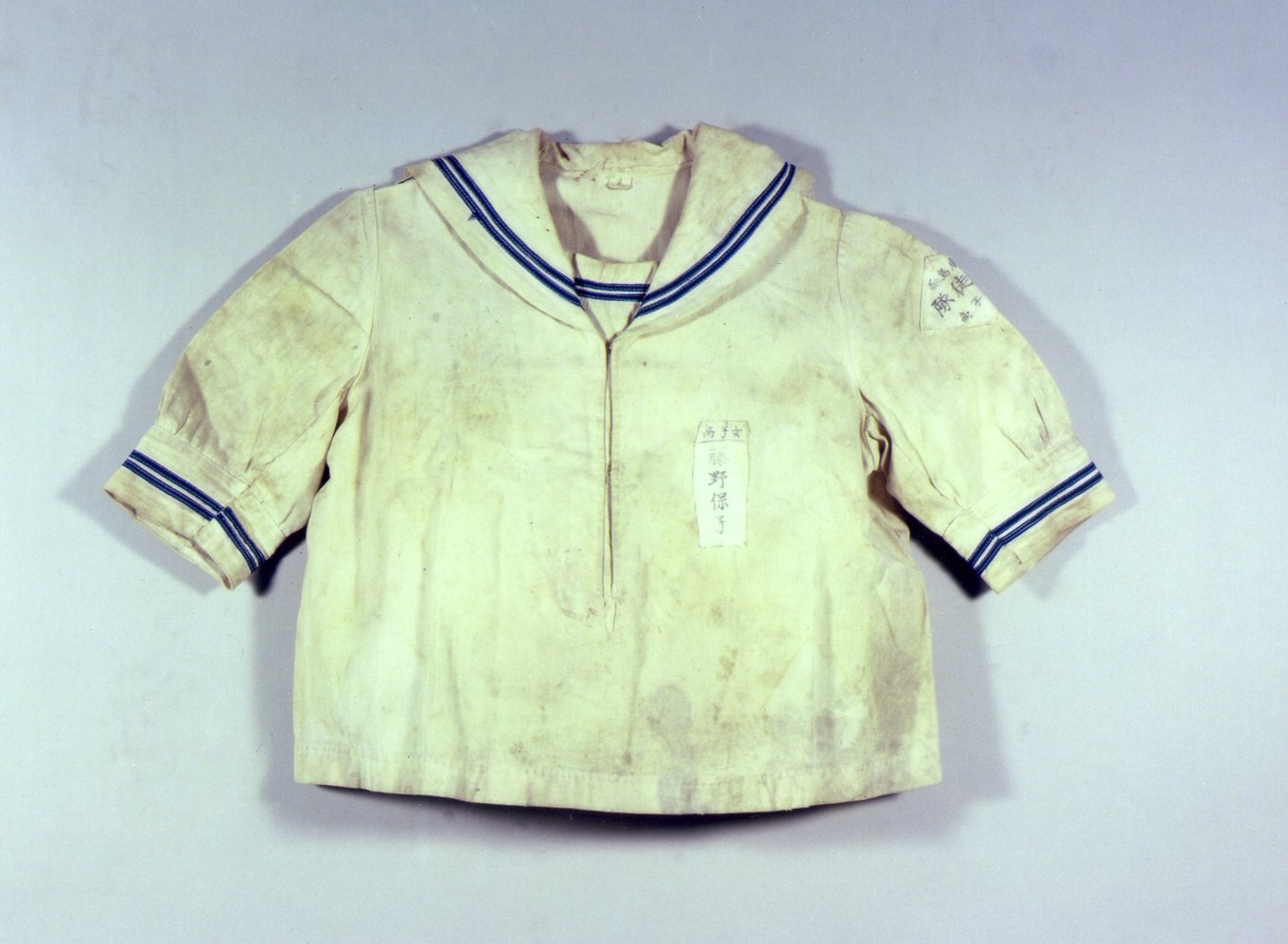 710 m from the hypocenter Ebisu-cho
Donated by Yasuko Wada

Yasuko Fujino (then 14), a third-year student of Hiroshima Girls Commercial School, suffered injuries from the atomic bombing at a branch office of Hiroshima Savings Bureau in the Fukuya Department Store, where she had been mobilized. She evacuated to Sentei Garden (the present Shukkeien Garden) and was caught in the black rain there. Later, Yasuko developed symptoms such as diarrhea and hair loss but recovered after a six-month treatment. This sailor-style school uniform, worn by Yasuko at the time of the bombing, still has stains of the black rain.