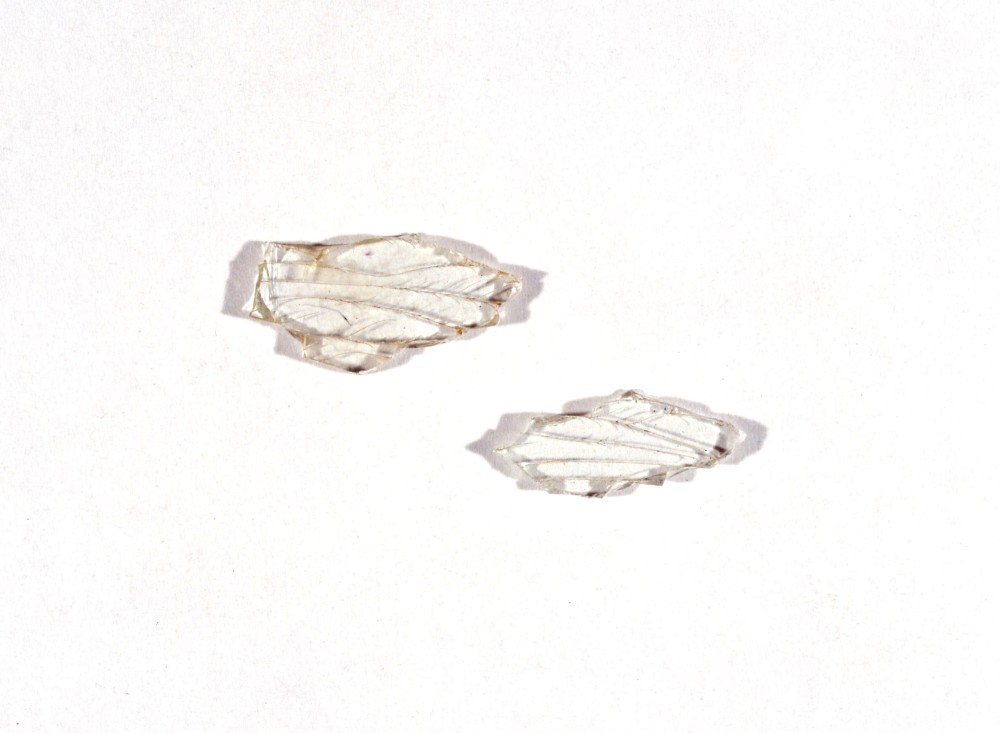 1,610 m from the hypocenter Senda-machi 1-chome
Donated by Ikuko Shintani

Ikuko Shintani (then, 15), a third-year student at Hiroshima Girls’ Commercial School, was at her mobilization work site at the time of the bombing. Countless flying glass fragments penetrated her body. Because fragments emerging from her skin caused intense pain, they were surgically extracted nine years later. Ikuko suffered continuously from illnesses thought to have been caused by the atomic bombing.