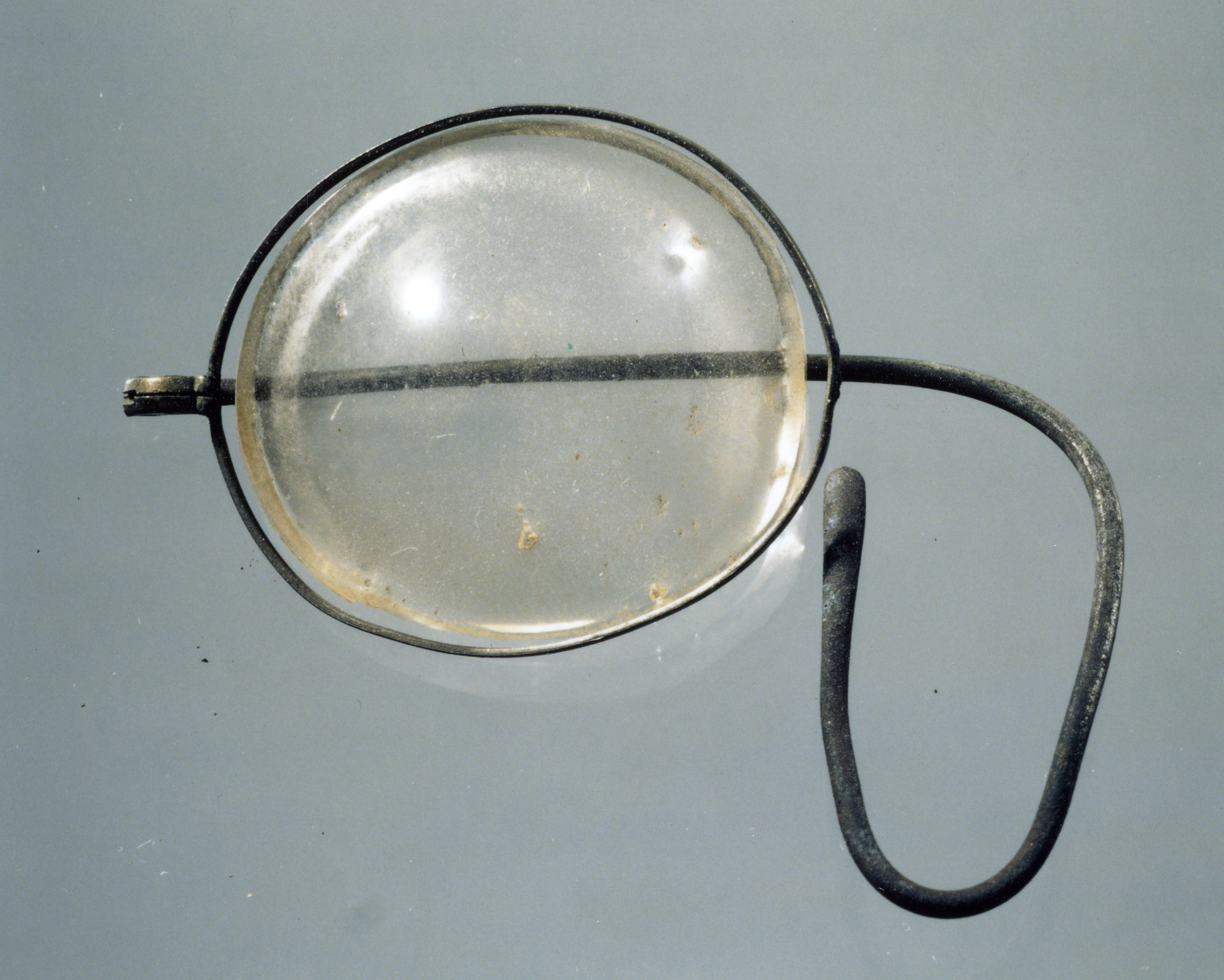 1,000 m from the hypocenter Hirose-moto-machi
Donated by Saiki Toshiko

Moto Mosoro (54), mother of Toshiko Saiki (then, 25), was exposed to the bomb at home and was missing. At the time of the bombing, Toshiko was visiting her son, who had been evacuated to her sister’s house in a suburb. Rushing back to the city center a few hours after the bombing, she searched for her relatives. One month later, Toshiko’s brother-in-law found Moto’s head in the burned-out ruins of her home. He brought it back, carrying it in a furoshiki (carrying cloth). Moto’s face was burned off. A small area on the back of her burned skull still had some hair left. These glasses, which she always wore, were half melted into the eye socket.

Within 70 days of the bombing, Toshiko had lost thirteen relatives.

After the war, Toshiko suffered from A-bomb disease herself, but raised her children. For over 40 years she voluntarily cleaned around the Atomic Bomb Memorial Mound.