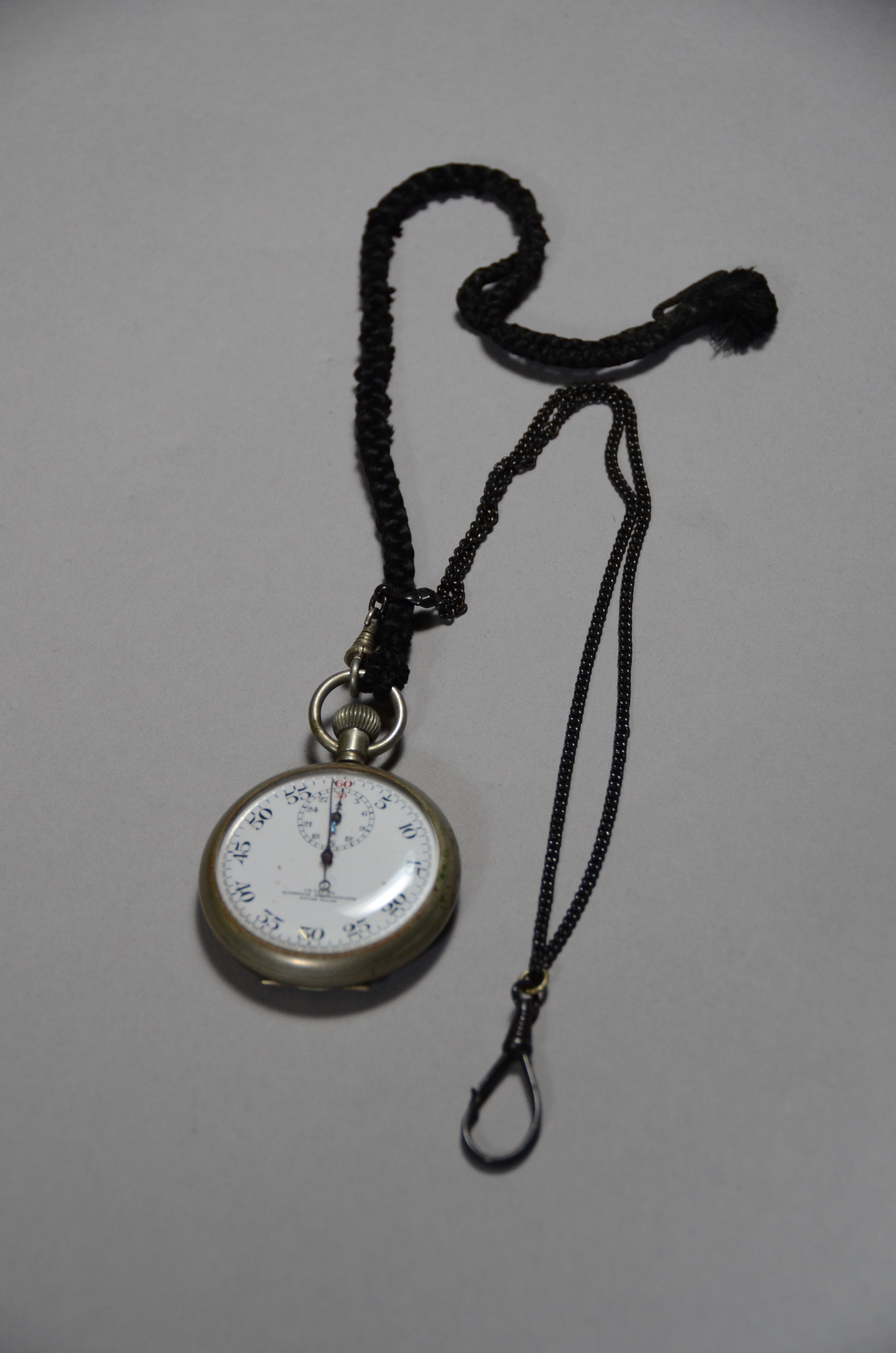 Tsutomu Saeki (33) was exposed to the bombing at Chugoku Regional Military Headquarters, 790 m from the hypocenter. His wife Tazuko (then, 28) was in the last month of pregnancy, so her parents went to the city to search for him. They never found him. A few days later, they were informed by his colleague that he had died almost instantly.

This stopwatch was left at the house Tsutomu and his family had evacuated to. Tsutomu used it when he was vice-president of a school fro youth being drafted for military service. His daughter, Hiroko, was born four days after his death.

Left with two sons, ages 6 and 4, and the newborn Hiroko, Tazuko restarted her family’s soba restaurant and raised her children. She hardly ever talked about the bombing.