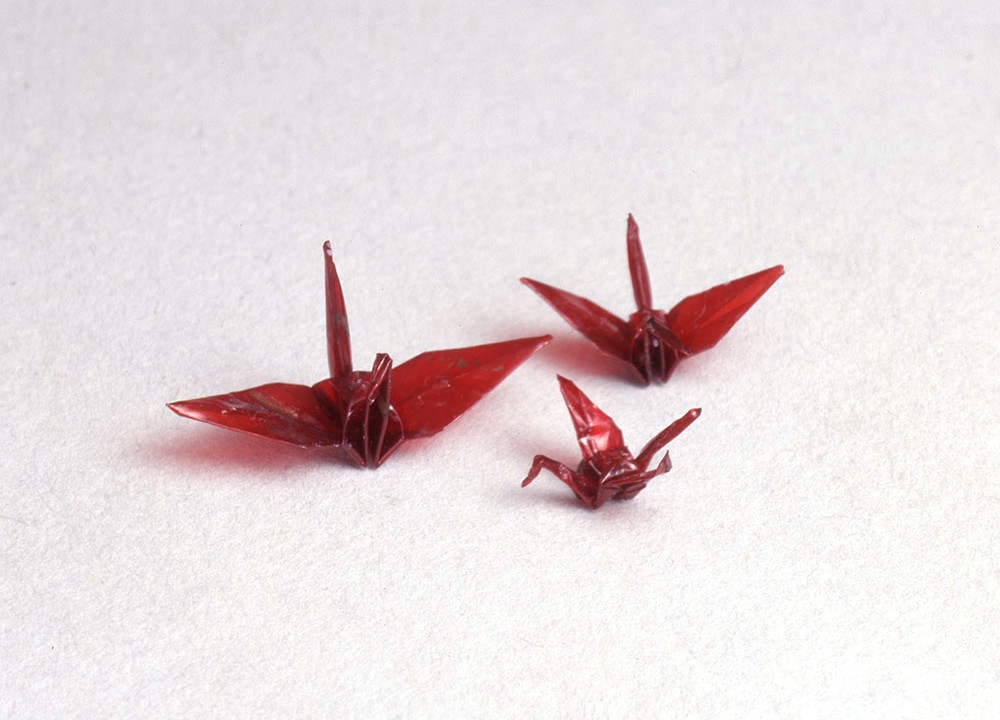 In early August 1955, Sadako heard about an old saying, "Fold 1,000 paper cranes and your wish will come true." She bagan folding paper cranes using the small papers her medicine came in and any other paper available.

It is said that she had folded 1,000 cranes in less than a month.

In early October, Sadako weakened dramatically. She had intense joint pain and could no longer eat by herself. Early in the morning of October 25, her condition took a sudden turn for the worse.
Sadako passed away that day with all her family by her side.
Postmortem examination revealed that leukemia had invaded nearly every part of her body; she had developed thyroid cancer in addition to the skin cancer that had been detected earlier.