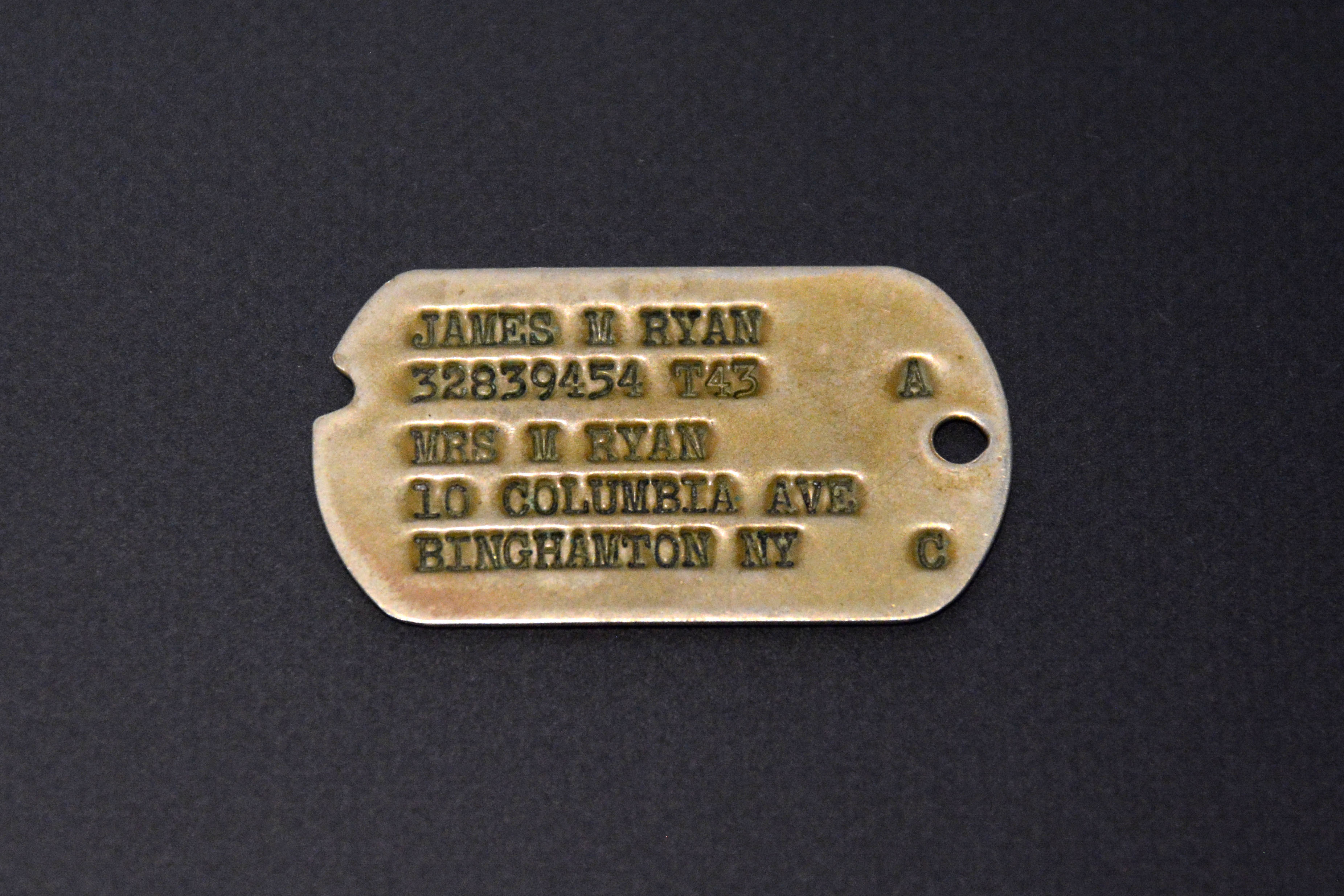 500 m from the hypocenter Moto-machi
Donated by Shigeaki Mori

U.S. airman James M. Ryan (20) was shot down and taken prisoner by the Japanese Army during an air raid on July 28, 1945. He was transported to Hiroshima and died in the bombing.

James Ryan’s identification tag was found in the burned ruins of Chugoku Military Police Headquarters and returned to his family by the U.S. Military. Later, James’ family gave this tag to Shigeaki Mori, who had researched the American soldiers who died un the bombing. Mori donated it to the museum. 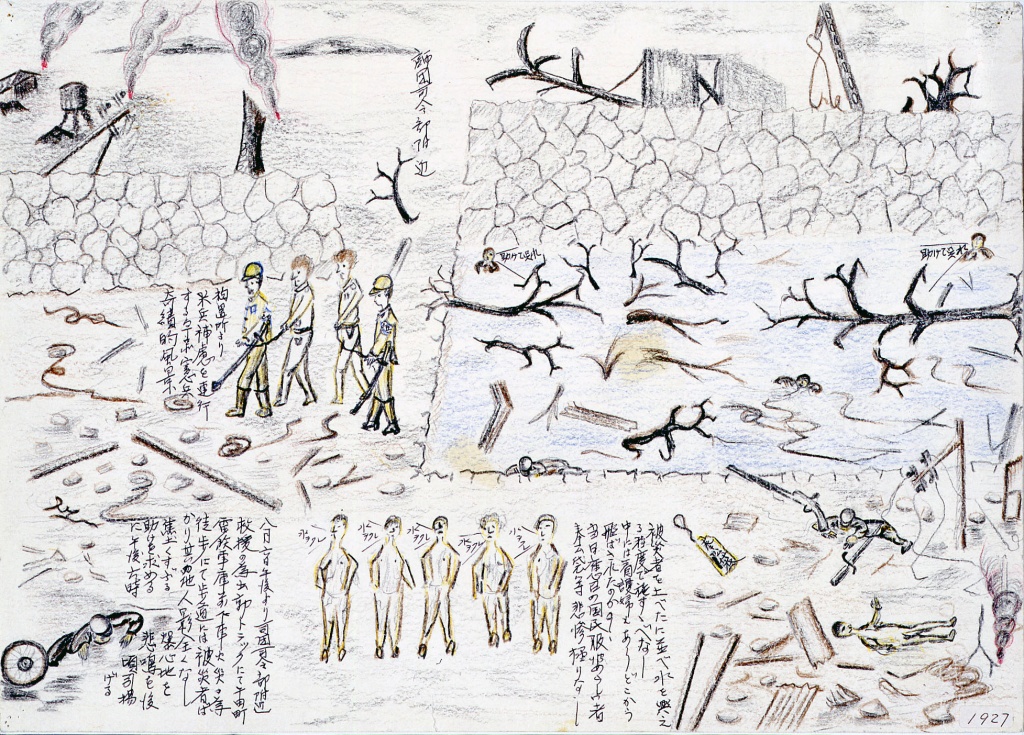