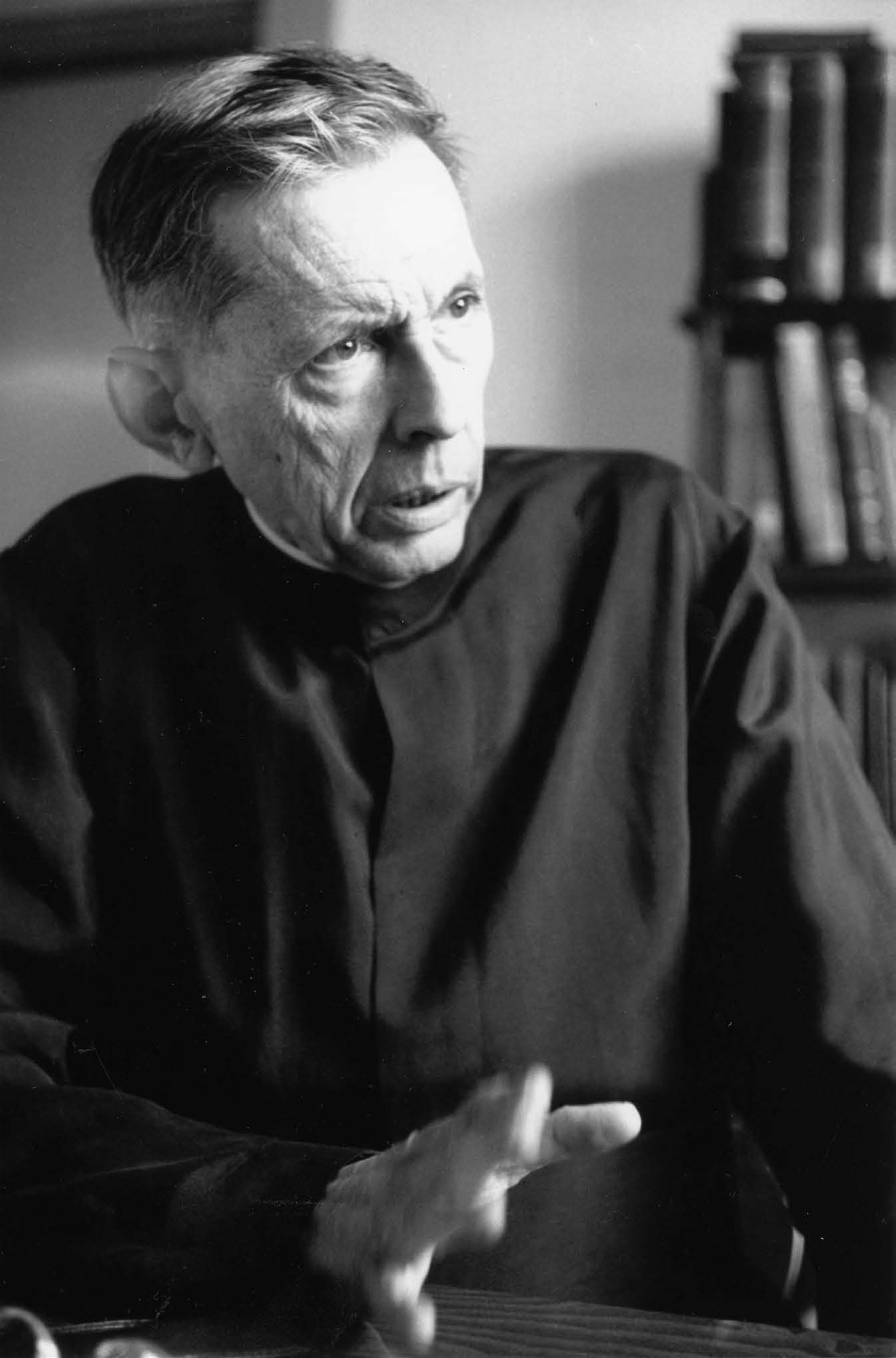 September 20, 1965
Courtesy of The Chugoku Shimbun

Hugo Lassalle (then, 47), a German priest, experienced the bombing in the Catholic church in Nobori-cho, 1,230 m from the hypocenter. Although glass fragments penetrated his back, and his left leg was severely injured, he escaped from the fire to the river bank in Sentei garden (now, Shukkeien). At that point, he was no longer able to walk but was rescued by German priests from Nagatsuka Monastery. They took him back to the monastery. In addition to Father Lassalle, three other German priests experienced the bombing in Noboricho Church. Naturalized in Japan after the war, Father Lassalle devoted himself to building the Memorial Cathedral for World Peace, a place to mourn the victims and pray for a peaceful world.