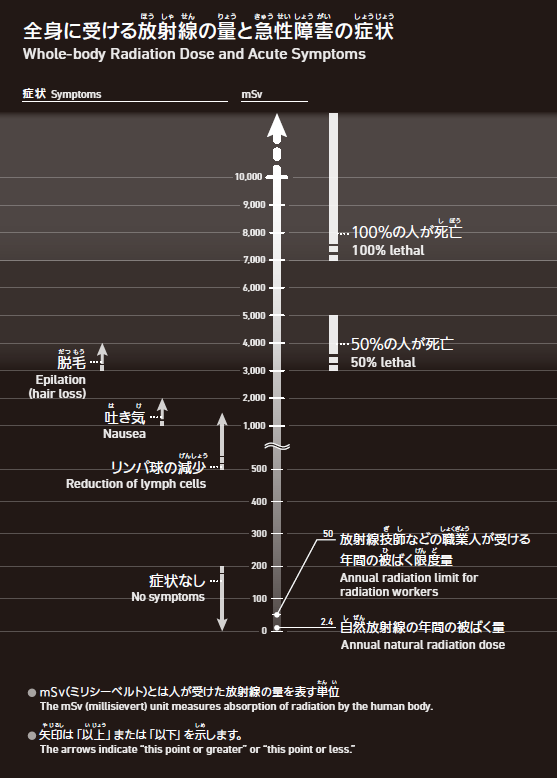 The symptoms that appear after full-body exposure to radiation vary with the dose received. The larger the absorbed dose, the more severe the symptoms. These symptoms are classified as acute effects, which appear immediately, and aftereffects, which appear months or years after exposure.
The initial radiation dose received by a person who was exposed outdoors with no shielding at one kilometer from the hypocenter was 4,220 millisieverts of gamma radiation alone.