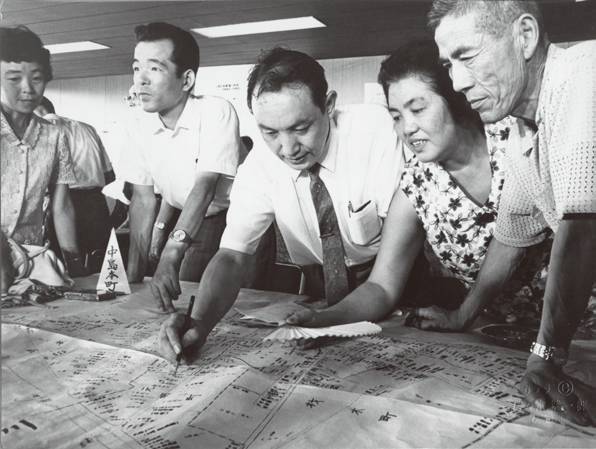 Recalling and drawing Nakajima before the bombing
August 4, 1968 Photo by Yuichiro Sasaki Courtesy of Yugo Shioura

Nakajima was a vital commercial district in Hiroshima. Located near the hypocenter, it was obliterated by the bomb and became what is now Peace Memorial Park. In August 1966, with the help of former Nakajima residents, the NHK Hiroshima Broadcasting Station recreated the neighborhoods instantly erased by the bombing. This effort to recreate the hypocenter went on to become a broader project that investigated the overall damage. The project was implemented by Hiroshima University and Hiroshima City.