Mayor Yamada participating in a sit-in in front of the Cenotaph
August 27, 1973 Courtesy of The Chugoku Shimbun

In 1957, four A-bomb survivors held a sit-in in front of the Cenotaph for the A-bomb Victims in Peace Memorial Park as a protest against the U.K.'s first hydrogen bomb test. Subsequently, nearly all nuclear tests have been protested by sit-ins. On August 27, 1973, Hiroshima Mayor Setsuo Yamada joined a sit-in protesting France’s nuclear tests. 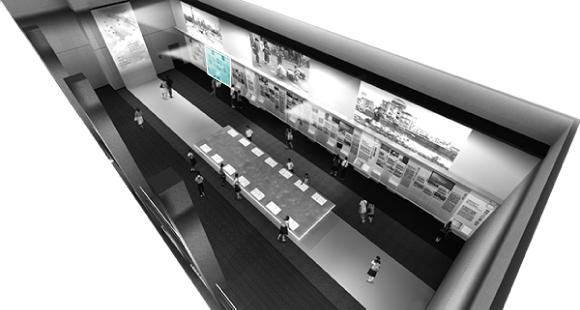